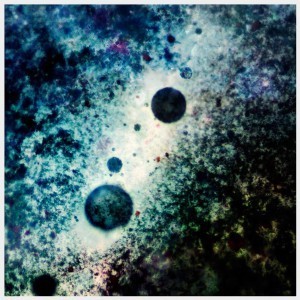 (By our Norwegian correspondent Jan Ronald Stange) The Norwegian electro-rock band Apoptygma Berzerk released yet another instrumental 12’’ this spring named ‘Videodrome’. The three track vinyl  (available here) comes in two versions; 400 copies in blue vinyl, and a more limited edition of 100 copies in black vinyl plus a slipmat for your record player. And hopefully the listeners will discover this little easter egg: the tracks on both sides play on different speeds.

As this was the second consecutive Apoptygma Berzerk release in this way, I just had to ask Stephan Groth about this concept.

SL: Tell us about the main idea and inspiration behind this release? Any relation to “Videodrome” as in the 1983 David Cronenberg movie?

STP: It began a while back when I was working in the studio testing out some of my old analog synths after they came back from the repair store. I love analog gear, but those things are very fragile, and by now most of my synths are quite old and unstable and therefore requires a lot of repair and maintenance. While checking out if everything was working correctly, I made up some very nice melodies and arrangements – two months later the songs were ready to be released. 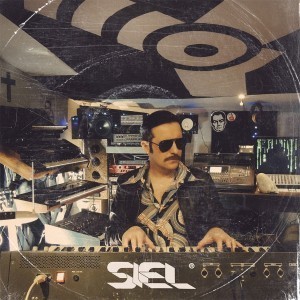 After the success of the “Stop Feeding The Beast” EP I was really eager to create a follow-up. I find great pleasure in doing little art-projects like this even though it is not very compatible with what is going on in the world of music today. Actually… this is the main reasons why I find it so exciting. The sound, the vibe and the feel is definitely inspired by Cronenberg and Carpenter. I love Cronenberg’s “Videodrome”, but no, there is no direct relation to the movie. Conceptual both this and the previous EP are heavily inspired by 80’s horror movie soundtracks.

SL: Some elements in these tracks sound familiar, like a homage to your heroes. “The Cosmic Chess Match” reminds both of Jean Michel Jarre’s early days and John Carpenter’s soundtracks , mixed together in an updated APB soundscape.

SL: “For Now We See Through A Glass, Darkly” sounds in the beginning like early Recoil and Jean Michel Jarre, leading up to a mash-up with your own 1993 classic “Burnin’ Heretic”  – a great revitalization of all elements.

STP: Well, I’m a big fan of Alan Wilder as well, so I take that as a compliment :-). Adding a piece of “Burnin` Heretic” in there happened by accident. I was tuning the synths I was using for the track, and it just happened that I played the “Burnin` Heretic” main riff while tuning. I had the riff running in a loop for 15 minutes or so, just to check if the pitch of the synth was drifting over time. When I was done it just felt right to leave a part of it there in the final mix.

Art by accident I guess? It makes sense in a way – “Burnin` Heretic” is one of the first songs I ever wrote, so in a way it’s symbolizing “a new beginning” when used like this at the end of a song. 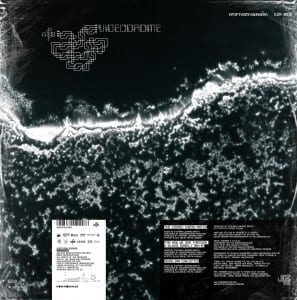 SL: “Hegelian Dialectic” made me google the term, thus learning something new: “Hegel’s primary object in his dialectic is to establish the existence of a logical connection between the various categories which are involved in the constitution of experience”. Is this philosophy related to your idea behind this track?

STP : AWESOME 🙂 I`m glad you looked into it! I believe that understanding the Hegelian Dialectic is essential if you wanna understand what’s going on in the world today. Problem-Reaction-Solution.

I wrote lyrics about this some years ago, in the song “Incompatible”:
“Every time you create a problem
You have the remedy
The same old strategy
I ate the red pill, no turning back
The gloves are off now
Where did we go wrong?
Where did it all go wrong?”

I don’t believe in coincidences. I believe that most major things that happen in the world today in one way or another have been orchestrated by the government and others, who will create problems so that they can sell us their solutions.

SL: Are you implementing these new tracks into your live sets?

STP : Yes and No. At the moment I`m working on a brand new and quite different live concept where these more experimental tracks fit in, but I don’t think they will be integrated in a “regular” APB show anytime soon.

SL: Will there be more 12″ like this, or is an APB album the next release?

STP : YES, I’m working on the 3rd 12″ right now, while simultaneously working on new APOP songs . The next EP will be slightly more Kraftwerk’ish sounding. It looks like we’re going to compile all 3 12 inches and make a CD release of it later this year.

Yes, there will be a new APB album soon too 😉