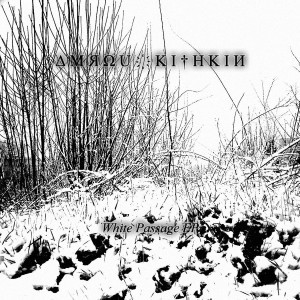 Background/Info: Amrou Kithkin was set up in 2011 as a solo-project and finally became a duo. The Polish formation has unleashed their debut EP “White Passage” a few months ago.

Content: The band clearly claims to be inspired by 4AD bands and Cocteau Twins definitely is one of the bands that come directly to mind. The least I can say is that the 4 songs featured are quite diversified, and definitely inspired by dream-pop and shoegaze music. The debut song is more into rock and new-wave featuring guitar parts à la Placebo while the vocals are pretty shoegaze-like.

+ + + : “White Passage” is a successful debut release with great dream-pop cuts and a little wink to Cocteau Twins on “Snowhag”.

– – – : The rock element, which is mainly running throughout the debut song, is not exactly the best part of this EP.

Conclusion: This is the kind of band that will appeal to the fans of Saint Marie Records, which as a label, remains a reference in contemporary shoegaze and dream-pop music. It says enough about Amrou Kithkin’s potential.