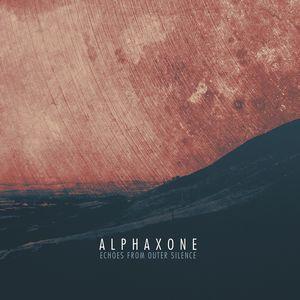 Background/Info: Mehdi Saleh aka Alphaxone has released 4 full lengths in less than 2 years of time at Cryo Chamber. Based in Teheran (Iran) this artist is one of those prolific minds, which each time again takes me by surprise. He now invites his listeners to join a voyage ‘through space and to the archaic signals of civilizations beyond the stars’.

Content: Alphaxone for sure is one of the newest sensations in the wider fields of dark-ambient music. This artist seems to suffer from an endless creative state of mind, which each time again brings him to explore some of the darkest and most hidden depths of our imagination.

The new work has been meticulously built up and I like the progression leading towards a final chapter, which is a total sonic inferno. This is the perfect sound that even Caravaggio would have liked to hear to animating his obscure work. The sound has been composed with poignant analog sweeps and multiple sonic treatments plus field recordings.

Mehdi Saleh has used an impressive arsenal of noises to accomplish his new work. You quickly get the impression of watching an intriguing and sometimes freaky movie. Some monotonous passages made of chilling sound waves are only reinforcing the dark exploration of this unknown universe. Echoing drones can be noticed in the background, like injecting an extra dramatic aspect to the work.

+ + + : This is one of the most intense and maybe intimate work of Alphaxone to date. I especially like the way he has built up his album to reach a beautiful sonic climax during the second part of the album.

– – – : Alphaxone is maybe a bit too prolific, but it doesn’t really affect the quality of the compostion!

Conclusion: “Echoes From Outer Silence” is a divine sonic ‘chiaroscuro’, which is moving in between the imaginary shadows of our imagination.