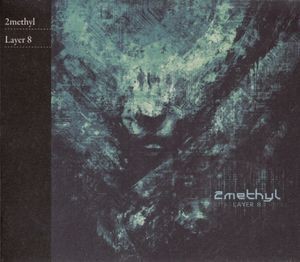 Content: Last year 2methyl joined Ad Noiseam to unleash the EP “Orb”. At that time this French solo-project set up by Nicolas Druoton was active under the name 2methylBulbe1ol, which has been now reduced to 2methyl.

“Layer 8” is the first official full length by this project, which sound-wise is hard to define. This project clearly sounds inspired by d’n’b, but it rapidly becomes clear that there’s much more running through the compositions. The writing is sophisticated and much more than the usual blasting d’n’b vibes driven by energetic drum patterns and deep, vibrating bass lines.

2methyl deals with a complex, but accessible sound, which reassembles industrial- ambient, dubstep- and IDM elements. There are even some vague EBM-minded elements running through some sequences. In this way “Layer 8” became a kind of sonic chemistry made of multiple elements. The main inspiration remains a solid d’n’b basis, but constantly morphs through the fusion with other sources of inspiration.

It creates a diverse production revealing numerous fascinating cuts. “Highway” takes off with great electronic sequences and industrial treatments, which are joined by an energetic rhythm. This cadence moves over into the heavier and faster d’n’b-like “Fragments”. Both songs are complementary, but still show the impressive potential of the work.

There’s a kind of harmonious twist between softer- and harder cuts. The work becomes a bit more IDM-minded when it’s softer, but it remains impossible to speak about an established music genre. 2methyl is the osmosis between different styles and that’s maybe why it becomes a little experimental as well.

All I can say is that this album is absolutely worthy of examination. There’s not a lot to throw away. From the great opening cuts to the intelligence of “Lab” to harder pieces like “Mainframe” and “Dive” to the darker final cut “So Called Void” this work is a visionary exploration in sounds, rhythms and atmospheres.

Conclusion: This album must be a kind of consecration for this band, which is already has been active for a couple of years now. “Layer 8” is a sensational and fully accomplished work, which deserves an award for its creativity.