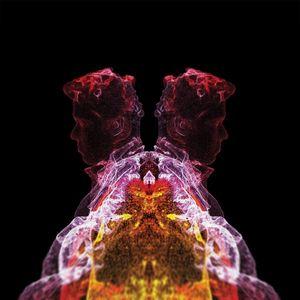 Content: The New Division is an American formation driven by John Glenn Kunkel. ‘New Division’ was meant as an artist working title for songs that would never be released.

All productions have been released by Division 87. “Gemini” is the 3rd opus, which has been licensed to Progress Productions for the European continent. This version features 4 extra and exclusive songs.

Progress Productions again confirms to have a nose for talented electronic formations, but they here have found a band with a different approach to pop music. The composition clearly evokes good-old 80s memories, but there also is a refreshing element on top of the work. It’s mainly due to the great guitar parts, which sometimes become a little bit psychedelic-like. Guitars and electronics together reveal a complementary writing. The vocals by Kunkel are clear and passionate, which totally fits to this kind of music.

The album features 13 songs plus the ‘European’ bonus of 4 songs. There’s not a single song to throw away. The intro-like cut is maybe the single song, which is not essential, but from “Killer” on you directly notice the pop orientation getting us back to some new-wave pop productions. It’s not a real kind of power-pop production, but there’s a kind of ‘volume’ emerging from the songs, which create a real powerful style.

The opening cuts reveal a mature and exciting production while “Iris” appears to be the first highlight. There’s no real difference with the other songs, but there’s a sort of ultimate harmony between the instruments and an elevating passage during the chorus. It’s a beautiful song, which I’m sure will catch your attention as well.

“Bloom” is a bit similar, but I here especially was fascinated by the global production revealing a perfect mix between electronics and guitar.

In a somewhat club-minded style “Introspective” is driven by a groovy kick, but especially “Golden Winter Child” has a strong dancefloor appeal. This is a great and totally accomplished pop song with danceable vibes.

The bonus features two cool remixes, but especially the ‘new’ cuts “Romantic” and “Holy” are both great songs. “Romantic” reflects a great psychedelic wave-pop style while “Holy” features a great chorus empowered by guitar and a solid lead.

Conclusion: The New Division doesn’t exactly sound like new pop music, but it brings an exciting alternative to the common electro-pop standards. “Gemini” fills the gap between 80s pop influences and contemporary productions.