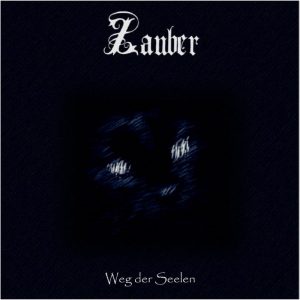 Background/Info: Zauber is the first project French artist Ludovic Dhenry got involved with. While this musician gained some recognition as Exponentia, he now strikes back to Zauber. This project is not exactly creating new music on regular basis.

Content: Zauber sounds more electronic than Exponentia although you can easily hear it’s the same operator behind the control desk. The vocals are just like for Exponentia sung in German while the music still has a little gothic touch although sounds more electro-90s like. This is the kind of release evoking the magic of the 90s and more precisely the German scene. It sometimes sounds a bit anguished while evasive strings hang over the songs. The typical choir strings are quite noticeable as well.

+ + + : While that much artists are constantly getting back to the 80s Zauber is definitely inspired by the 90s. It brings a lot of good souvenirs back to like reminding me of another great decade of electronic music. Ludovic Dhenry also is an artist with a very recognizable sound. I like the spooky atmosphere running through this opus, which is empowered by freaky vocal parts. Zauber is a good example of a pure DIY-artist.

– – – : My only regret about this album is that Zauber abuses a bit of his sound formula. The songs are pretty similar and that’s also because of a lack of equipment.

Conclusion: Zauber brings us back in time and I have to admit I enjoyed this 90s trip. I think the global production could be improved to reach a wider recognition. This is a real interesting artist who could maybe break through considering working with a real producer.