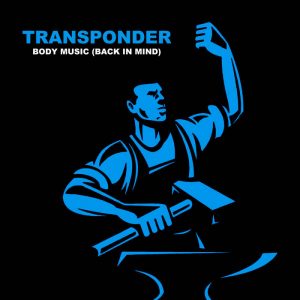 Content: If you’re already familiar with the work of Transponder you perfectly know what to expect. This band brings good-old EBM that will remind you of the golden decade of the 80s. But they also dare to inject a few other influences such as new-beat, electroclash, techno and even a song featuring rap vocals.

The album reveals multiple familiar- and new songs. Several tracks have been sung by Leather Strip, but you also will get tracks featuring Les Berrtas, Zynic, Engelsstaub and Human Nihil.

The vocals are pretty fun-like and even like promoting the Belgian W-festival (cf. “At The W-festival). This song is featuring samplings of the legendary new-beat project Tragic Error (which they already covered in the past).

+ + + : If you like the pure and authentic EBM, Transponder will fully satisfy you. The sound is simple, but the songs are efficient. The lyrics will rapidly push you to sing along. I also have to say that Claus Larsen’s enraged vocals are totally matching with the music. Transponder is fun, but also a great project, which I can imagine on stage leading body freaks into wild dancing. They have many potential hits and especially some of the familiar cuts will again bring you into action. The sound is driven by great bass lines, typical 4×4 rhythms, metallic percussion parts, cool (and hot) samplings and furious vocals.

– – – : You really have to like this band to enjoy both albums each featuring 18 songs. It might become a little bit repetitive after a while.

Conclusion: One of the most familiar EBM slogans makes sense again: ‘move your body’!