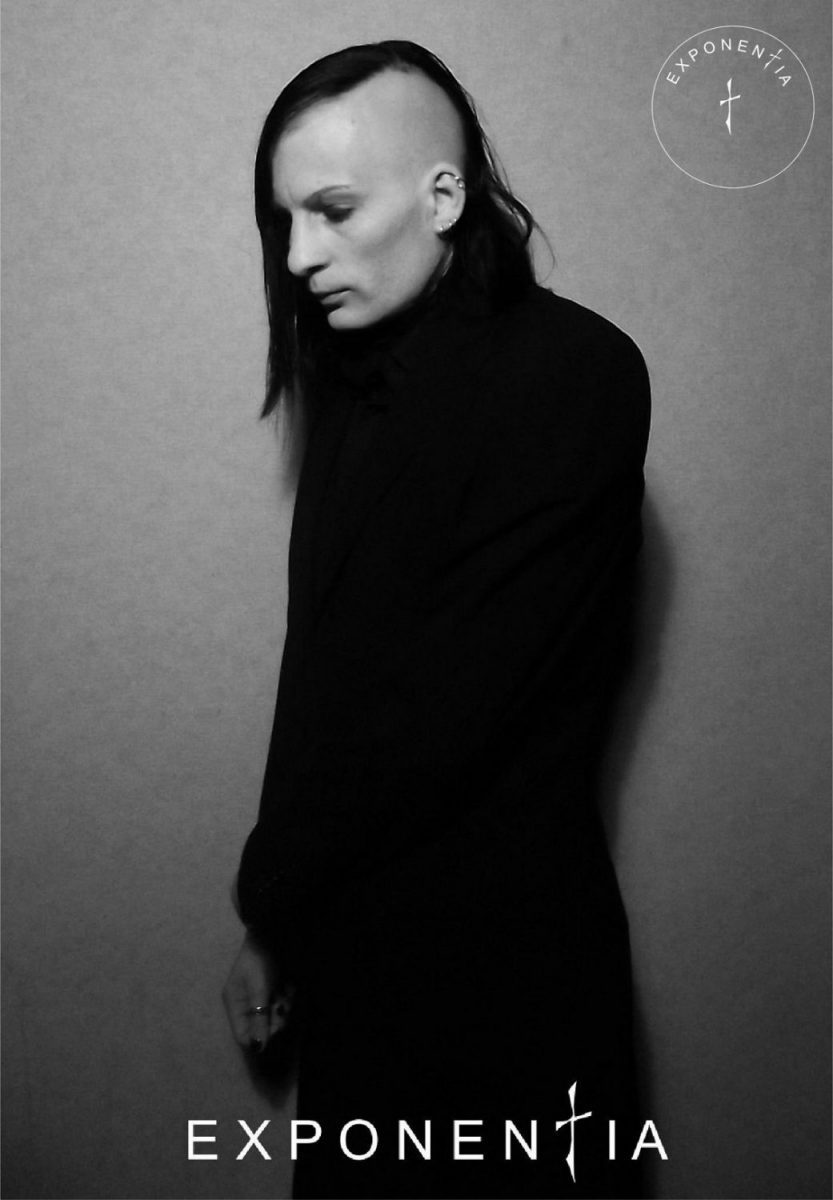 Exponentia is a French solo-project set up by Ludivic Dhenry in 2012. The music clearly refers to typical gothic music styles and the shadow of Sopor Aeternus feels like recovering the songs, which are mainly sung in German language. The album titles (cf. “Allein”, “Sadness”, “Ghost” and now “Abend”) clearly reveals the dark and melancholic themes inspiring the sound atmospheres and the lyrical content. All music has been released on Exponentia’s own label Neris Records. This is an interesting artist with a real artistic approach.

Q: Tell us something about your musical background and what incited you to set up Exponentia?

Ludovic: I wanted to create a Gothic musical project with elements of classical music, in the German musical style of bands as Lacrimosa, Sopor Aeternus, Goethes Erben, Das Ich etc … I love this musical style and classical and baroque music. Exponentia allows me to incorporate that into my compositions.

I also composed more electronic music, another music style I like a lot too, with my other projects Zauber, Eleventh Fear and Résonance Magnétique. I think all of my albums together form a world, an atmosphere. I learn by myself, and to improve myself, I studied for a year harmony, music theory and the technical engineer of sound in a professional music school.

Every day, I wake up at 4:30 am to work most of the day on music. This is my life I’m passionate about it.

Q: Tell us a bit more about the ‘sound’ of Exponentia?

Ludovic: I want to create an imaginary music world, populated by phantasmagorical and fantastic creatures. The lyrics and the atmosphere of the albums evoke the angels, demons, vampires, ghosts. Each album of Exponentia has a different sound. I like working on an overall sound, unique and consistent for each disk I produce.

Currently I am working on the next album, I’ve already the sound in mind. I have ideas for the atmosphere and the sound of further albums as well. Sadness and melancholy both are main sources of inspiration to compose great music and, which are recurring themes in Exponentia.

Q: You might be consider as a ‘DIY’-artist who clearly takes care for every little aspect and detail of your work. Tell us a bit more about it and what do you think about the idea to get signed to an established label? What are the ‘pro’ and ‘contra’ of being a ‘DIY’ artist?

Ludovic: Working alone on my project allows me to create exactly what I want, without compromise. It’s important to me. I like that all the details are refined as I wish. I can also create my album covers myself, it really is a great artistic freedom.

Of course, I would like to record and mix with symphony orchestra musicians in a big recording studio, with a producer, but it is financially impossible. However, in the future, there may be musicians to record some musical instruments in my studio, such as the guitar, for example.

Yes, I would like to be signed to an established label, but for now, no label wants to sign Exponentia. I received a proposal from a German label, but unfortunately the contract was really bad for the artist. I created Neris Records to produce my albums on CD and digital format, but, of course, I study all proposals from established labels. The negatives are that without an established label, there’re no big financial means for the production, promotion and distribution. It’s very difficult.

The positives are that I have total freedom regarding the creation, the content of the album, release dates, tracklist, cover. I can compose and produce all the albums I want, including other projects in other musical styles.