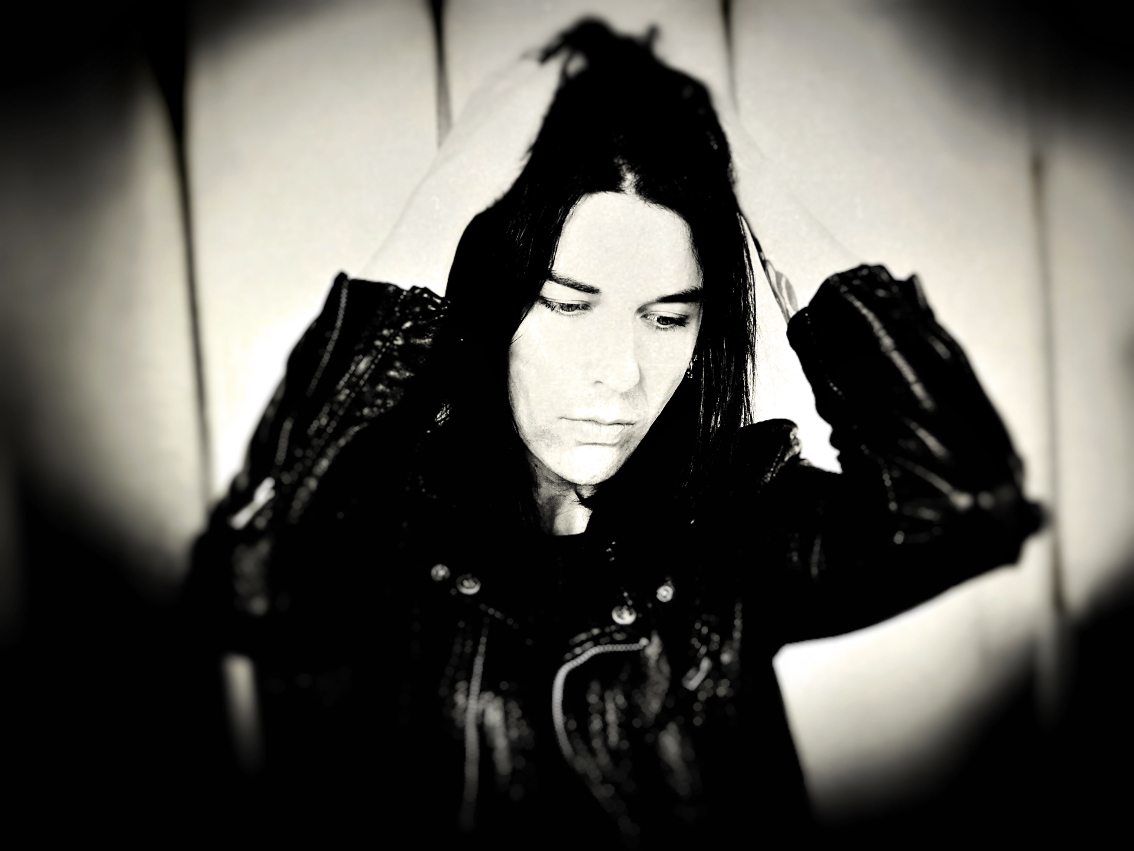 Whilst checking out the recent free Alfa Matrix download compilation “Matrix Downloaded 006“, one new name popped up: ImJudas with “People Of The Blame (Alfa Edit)”, a dark wave track that already caught the attention of many especially thanks to it references to bands like early Alphaville, Deine Lakaien and related acts. Well, we can now reveal that ImJudas is in fact the brand new electro dark wave solo-project from maXX of the Italian dark/gothic electro metal duo Helalyn Flowers!

We contacted maXX a few days ago to give us some info on this well hidden project from him. But first, here’s the track (which you can download for free from bandcamp now).

SL: I had expected a guitar-powered project from you, but you totally went synth/electropop with ImJudas, talking of a real surprise!

M: Actually nobody was expecting this! You know, many figure me as a rude guy attached to his guitar but the truth is that I simply live my life as a manifesto of self-expression. Why Synth Pop? I didn’t wake up one day and sat at the studio trying to do something different. I don’t plan my projects that way. They all come from a voice within and that voice is the singing in my head. It happened that I was touring with Helalyn Flowers and on the road back to home I had in my mind two of the ImJudas songs. When I started working at the studio I simply followed my instinct and sang my lyrics on a synthesizer and a drum machine. It worked so I stuck that line. It’s a part of me that still I hadn’t time or a chance to let come out.

The main focus is on my voice and on the rhythm as well. There are almost no guitars on purpose because they would saturate the sound too much and these songs need more room within, a sort of something untold. Secondly, I already have other projects that unleash me as a guitarist, like Helalyn Flowers, that all you already know, and Black Shine Fever (formerly known as BlackCore) that is my other solo-project which EP is going to be released this Winter and that sounds like a blend of Post-Punk, Heavy Metal and Goth Rock.

I don’t know if the ‘synth pop’ label is appropriate for describing ImJudas, at least on my personal level, because there is this current tendency to have everything so polish, so clean, with clinic productions that all sound the same and that I keep my distance from. What I love in the early works in this genre was just the dirt, the slight defects, the image of the machines replacing traditional electric instruments and not humans. When I put ‘play’ on albums like ‘The Art of Falling Apart’ of Soft Cell or ‘Dark Star’ by Deine Lakaien I can feel that Rock n’Roll element that was typical to the genre. I am still in that mood, that’s the way I like it (sorry K.C.). I’d like that people accept the fact that ImJudas is not a ‘nice’ act’ and that there is a bloodline of Rock music within it. Well, sonically ImJudas may have all the rules of Synth Pop but I wish that everyone will catch the dark/wavey blood of ImJudas too.

SL: Any special references next to the aforementioned acts?

M: I like to think that ImJudas is some kind of ‘double’ that I exhaled when I was a kid and watched at the ‘Silence of the Lambs’ movie. That’s when I heard for the first time that dark and dancy stuff from Colin Newman and Q Lazzarus. I started searching for those records so I ran into Depeche Mode, Pet Shop Boys, Dead Or Alive, Visage, Talk Talk and all that great 80s stuff before I went deeper and deeper with acts like Coil, Deine Lakaien and Virgin Prunes. The common source of all these acts were always icons of the 70s like Bowie and Roxy Music that I love so much. Also the new-romantics were influenced by that stuff and in fact they inspire me as well.

ImJudas is now the face of that ‘double’, it’s the voice of that child ravished by a beautiful underworld of black and white shapes.

SL: You have been working in total secret on this project, I guess Noemi was aware of your tendencies? 😉

M: How couldn’t she? Eheh… She is aware of all of my tendencies as well as of all the music that I write and that still is imprisoned in hard-disks and CD-R’s! Simply, my ‘secret’ is based on my belief that if I have to unleash something then that something must be ready for me. I can wake up tomorrow and put all of my unreleased music on Bandcamp just for a compulsive share-thing but it wouldn’t be true to myself. 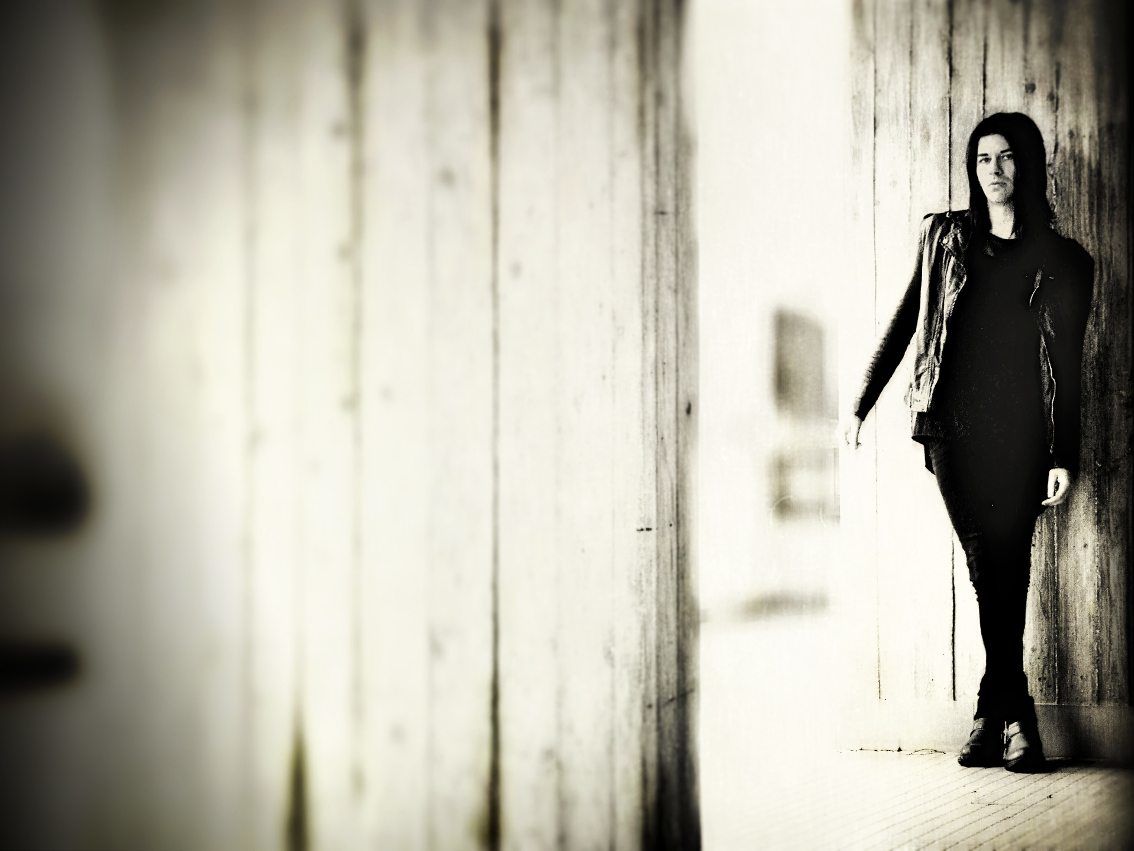 A project of mine should live its own life in the dark before being launched. It must have its own story. Noemi has been my muse, my advisor and always pushed me to bring this to the light of day. I was in the studio listening to these songs over and over again with other music trying to come out of my mind… so at a point, it’s been healthy to me to unleash everything. It’s like freeing a flock of wildened birds imprisoned in the house. And Noemi was always there at my side telling me wise words. I thank her everyday. She’s a part of ImJudas, she takes care of the whole visual and she is my vocal trainer too!

SL: How does it feel to finally come out of the closet?

M: Hah! I feel like I’m still in the closet! Jokes apart, I always try to not think at this kind of things. I learned to feel detached. I ain’t the kind of emotional guy, I want to turn emotions into feelings. But… How good is the human circle of emotions when it allows you to lose yourself in the tide, even just for a while? ?

SL: what’s in the pipeline for ImJudas?

M: My next song to be released after “People Of The Blame (Alfa Edit)” is going to be a cover version of the Front 242 classic ‘Don’t Crash’ on an Alfa Matrix tribute 2CD out next 16 December. I want to release my debut album next year because this stuff is tired to be played among these four walls and I can’t afford to get insane, at least not now! ;-))