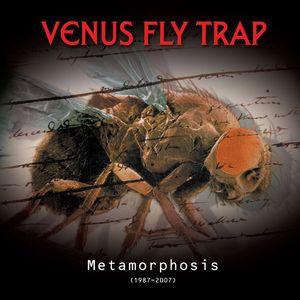 Content: The “Metamorphosis”-album was originally released in 2007 as a CD by the Polish label Big Blue Records. It’s a kind of ‘best of’ album revealing 11 songs taken from the wide discography of this legendary UK band.

The album now has been re-released on vinyl, which progressively has become quite a familiar formula to please all nostalgia of the 80s. The album features exactly the same songs, but the track list is a little bit different.

This album is an opportunity to get back to the early sound of the band and songs like “Morphine” (opening the album) and “Desolation Railway”, which both reflect the good-old wave-rock of the 80s. The production sounds a bit raw and rather unpolished, which brings us right away in the 80s spirit.

Another main song from that decade was the cover version of Suicide’s “Rocket USA”, which sounds like an offspring of punk and shoegaze. It’s a particular song and I have to be honest that it was a bit hidden in a distant corner of my mind, but it’s a well-crafted version.

The last song (cf. “Achilles Heel) of the A-side was originally released in 1990 and sounds like a sonic bridge between the raw and post-punkish 80s and the more rock-minded period of the 90s. This song is characterized by a somewhat funky touch.

Among the songs featured at the B-side I was a bit surprised that some later songs that were released on the “Zenith”-album (2004) like “Metropolis” and “Mercury” that mainly caught my attention. I think there’s a better balance here between guitar and electronics while “Mercury” reminds me a bit of early Portion Control.

Another noticeable song again concerns a cover version. The song “Human Fly” entered into history as one of the most famous ‘hits’ of The Cramps, but here again Venus Fly Trap did a quite cool job although I prefer their cover of “Rocket USA”.

The fans of the band will for sure have noticed that most of the songs selected for this album were originally released as single/EP so this is an opportunity to get them all on vinyl format.

Conclusion: This vinyl doesn’t bring anything new expect its format and I know that more and more music lovers are actually collecting vinyls. So in the end the circle is round and Venus Fly Trap is back releasing on vinyl.

Since you’re here … … we have a small favour to ask. More people are reading Side-Line Magazine than ever but advertising revenues across the media are falling fast. And unlike many news organisations, we haven’t put up a paywall – we want to keep our journalism as open as we can. So you can see why we need to ask for your help. Side-Line’s independent journalism takes a lot of time, money and hard work to produce. But we do it because we want to push the artists we like and who are equally fighting to survive. If everyone who reads our reporting, who likes it, helps fund it, our future would be much more secure. For as little as 5 US$, you can support Side-Line Magazine – and it only takes a minute. Thank you. The donations are safely powered by Paypal.
Tags: Venus Fly Trap