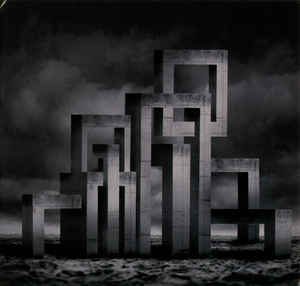 Background/Info: Velvet Kills is a Portuguese duo consisting of Susana Santos and Harris Iveson. They previously released an EP and are now unleashing their debut full length, which has been released on three labels (Unknown Pleasures Records, Oráculo Records and Black Verb Records.

Content: I first of all noticed the deep timbre of voice of Susana Santos, which sometimes reminds me of Siouxsie Sioux. Sound-wise Velvet Kills brings the 80s back to life. It sounds cold-wave like bringing back bands such as The Sisters Of Mercy, Siouxsie & The Banshees and Joy Division. It’s not that of a coincidence they covered the song “Shadowplay” from Joy Division.

The guitar playing is a quite important, but I also noticed elaborated percussion parts and cool electronic arrangements.

+ + + : “Mischievous Urges” clearly found its inspiration in the new/cold-wave music, but added a very own touch. Most of the songs evoke pioneers in the new-wave genre, but there’s this little extra touch on top mixed with charismatic, cold & sensual and intriguing vocals. I like the guitar playing and the electronic treatments (especially on “Eyes Of The Snake” and “Yellow And Purple”). There’re several attention grabbers featured on this work, which ends a great way.

– – – : One of the few cuts that couldn’t totally convince me is the cover version of Joy Division. It however is a song that will probably please the fans during live performances.

Conclusion: Velvet Kills sounds like a hot new comer at the wider fields of cold-wave music. They’ve accomplished a real interesting debut work, which I fully recommend to discover.

Since you’re here … … we have a small favour to ask. More people are reading Side-Line Magazine than ever but advertising revenues across the media are falling fast. And unlike many news organisations, we haven’t put up a paywall – we want to keep our journalism as open as we can. So you can see why we need to ask for your help. Side-Line’s independent journalism takes a lot of time, money and hard work to produce. But we do it because we want to push the artists we like and who are equally fighting to survive. If everyone who reads our reporting, who likes it, helps fund it, our future would be much more secure. For as little as 5 US$, you can support Side-Line Magazine – and it only takes a minute. Thank you. The donations are safely powered by Paypal.
Tags: Iveson, Velvet Kills