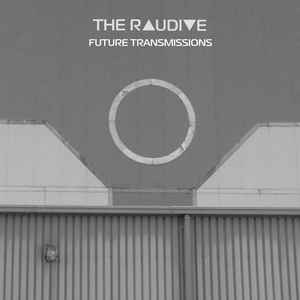 Background/Info: Last year The Raudive released a digital mini-album featuring 7 songs. The trio Marc Atkinson (guitar, vocals, synths), Danny Davies (bass) and Chris Watson (drums) are now back on track unleashing their official debut album. The band name is taken from the Latvian parapsychologist Konstantin Raudive who studied and promoted ‘Electronic Voice Phenomena’ and believed it held proof of life after death and a possibility of communicating with the dead.

Content: The band name is probably more original than the music inspired by 80s new-wave music and other darker rock & indie elements. The guitar playing is one of the main characteristics of this album, which literally injects the atmosphere throughout the songs.

The Raudive is more dealing with ‘softer’ 80s influences, which sounds a bit like the offspring between The Comsat Angels, The Verve (for the softer cuts) and The Cure, The Sisters Of Mercy (for the darker cuts). The songs are driven by sorrow-like guitar parts while achieved with some electronic arrangements. Another essential element is Atkinson’s particular timbre of voice which reminds me a bit of Richard Ashcroft (The Verve).

+ + + : The Raudive bring the 80s back to life, which is a rather familiar thing for bands active on Unknown Pleasures Records. But this is maybe the kind of new-wave & dark-rock production the label was missing. It’s a sweet and carrying work carried by a captivating singer. There are a few cool cuts on this album, but I especially want to tip “Euphoria Calling” and “Get To Me”.

– – – : All the songs from the mini-album (still entitled “Future Transmissions”) have been featured again on this debut album. That’s maybe not that original, but the mini-album clearly appeared to be a way to promote this new group. I’m however missing a real potential hit!

Conclusion: The Raudive is an entertaining experience in sweet melancholia and sonic sadness.

Best songs: “Euphoria Calling”, “Get To Me”, “Motorway Hymns”, “Disconnect Me”.