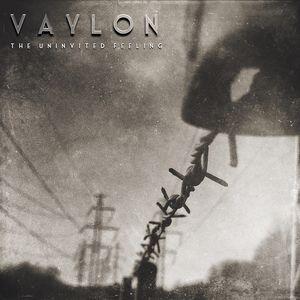 Background/Info: Synth-pop lovers must have heard of Vaylon. This Dannish trio has released an impressive amount of productions in a rather short lapse of time. While most of their production were self-released they now have joined ScentAir Records to unleash their new opus.

Content: From the very first notes and arrangements of this work you directly notice the strong impact of synth-pop legend Erasure on this band. Vaylon avoids any single form of innovation, but rapidly appears to be talented and efficient emulators. I don’t have any problem with such a band. The global production is irreproachable and simply great.

Vaylon composes alluring and well-crafted synth-pop music in the purest good-old tradition of the style. The songs are carried by deep, resonating bass lines and recovered by catchy treatments and beautiful synth parts. One of the main strengths is the charismatic timbre of voice of their singer.

This album fascinates from start till end. It’s a refined production featuring several beautiful songs accomplished by a delicious, sensitive aspect on top.

+ + + : The songs are hiding a real huge potential. I even dare to say that this is one of the best Erasure-inspired bands I’ve ever heard.

– – – : No doubt about it, the comparison with Erasure will be also their main problem. This album is maybe a missing a ‘real’ kind of hit from which you can’t get away from.

Conclusion: “The Uninvited Feeling” is not dealing with new ideas in sound and even avoids all innovation, but it’s a well-crafted and highly recommended album featuring multiple noticeable songs.