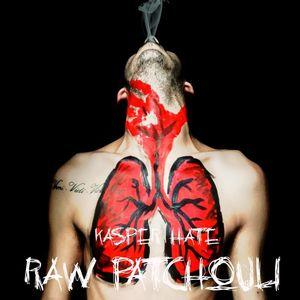 Background/Info: Kasper Hate is a German formation, which joined the ScentAir roster in 2014 to unleash their debut opus “Wolf Skill”. The band released their 2nd full length in 2015 featuring 13 songs.

Content: Kasper Hate is clearly inspired by a wider spectrum of electro-pop music. Some of the songs explore a few harder EBM elements, but it all remains into pop music. I like the move in between sweet and soft pieces with some reverie passages on one side and a more sophisticated and darker exploration on the other side.

Globally speaking this is the kind of pop music to relax and dream to. I also noticed a few lazy and sexy-like rhythms, but I prefer the somewhat sophisticated approach –reminding me a bit of The Dust Of Basement, on “Yggdrasil”.

+ + + : There’s a real cool sensual touch emerging from some songs, which resulted in several dreamy passages and one genius, instrumental cut (cf. “Yggdrasil”.

– – – : The dreamy side can be sometimes a little less soporific, but it here only concerns a few songs.

Conclusion: This new opus features a few exciting songs, but will first of all bring you into a kind of prosperity. I think there’s more potential hiding inside this band.

Since you’re here … … we have a small favour to ask. More people are reading Side-Line Magazine than ever but advertising revenues across the media are falling fast. And unlike many news organisations, we haven’t put up a paywall – we want to keep our journalism as open as we can. So you can see why we need to ask for your help. Side-Line’s independent journalism takes a lot of time, money and hard work to produce. But we do it because we want to push the artists we like and who are equally fighting to survive. If everyone who reads our reporting, who likes it, helps fund it, our future would be much more secure. For as little as 5 US$, you can support Side-Line Magazine – and it only takes a minute. Thank you. The donations are safely powered by Paypal.
Tags: Kasper Hate