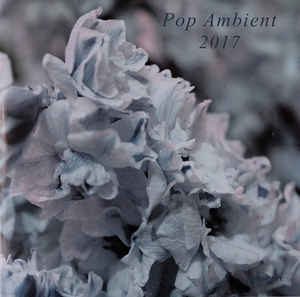 Background/Info: Set up in the late 90s by Wolfgang Voigt and Michael Mayer the German label Kompakt got a deserved recognition in the wider fields of intelligent ambient music. Some worldwide famous artists like The Orb, Scanner, Gus Gus and many more got signed on Kompakt. The label is also renowned for this “Pop Ambient”-series.

Content: Nine artists have been featured for this new edition of “Pop ambient” featuring 12 songs. The title of the sampler might be a clear indication about the content and influences of this album compiled by Wolfgang Voigt. I however have to say it sounds less pop, but definitely pure pop-like!

+ + + : I will not analyze the songs in detail, but globally speaking I’ve been –once more, impressed by the elaboration of the compositions. The tracks feature many little details and subtle arrangements. Like all high labeled ambient music this is the kind of music that rapidly appeals to create an own fictive universe. Some parts are more into dark atmospheres while other cuts are total reverie. Speaking for myself I have a preference for the tracks of Soulsavers and Anton Kubikov. There also is an interesting track composed by Scanner together with Yui Onodera.

Conclusion: “Pop Ambient 2017” is a visionary experience in sound, but first of all a fascinating and creative ambient exposure of ambient electronics.

Since you’re here … … we have a small favour to ask. More people are reading Side-Line Magazine than ever but advertising revenues across the media are falling fast. And unlike many news organisations, we haven’t put up a paywall – we want to keep our journalism as open as we can. So you can see why we need to ask for your help. Side-Line’s independent journalism takes a lot of time, money and hard work to produce. But we do it because we want to push the artists we like and who are equally fighting to survive. If everyone who reads our reporting, who likes it, helps fund it, our future would be much more secure. For as little as 5 US$, you can support Side-Line Magazine – and it only takes a minute. Thank you. The donations are safely powered by Paypal.
Tags: Kompakt, Soulsavers, V/A, V/A Pop Ambient 2017