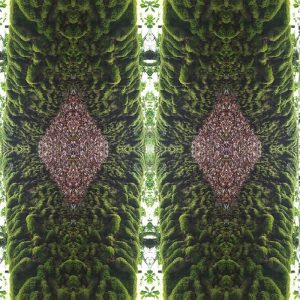 Background/Info: Based in Edinburgh, Capital of Scotland, Bearsuit Records has already been active for a couple of years now. The label releases only a few albums a year so this sampler featuring 17 bands is an opportunity to get a bit more familiarized with the mainly experimental- and minimal taste of the record company.

Content: The sound universe of Bearsuit Records remains an open-minded window upon minimalism- and experimentalism. From cinema-like sounds to funky work to trip-hop rock to psychedelic-rock to experimental jazz to mystic passages to folk experiments this album is a truly sonic cocktail.

+ + + : If you’re into experimental music and you want to discover less familiar names from Belgium, Germany, UK, Japan, France, Scotland and US this compilation will for sure bring you a few surprises. Diversity is the keyword so everyone will find one or more tracks to their taste. My personal favorite is the into trip-hop and rock-minded track by Martian Subculture. I also enjoyed the track by Annie & The Station Orchestra, which is a formation I discovered in 2016 by the “Bingo Halls”-album. The song has been taken from this album, but remixed by Ullapul.

– – – : It’s not that the music is not that accessible to a wider audience, but it clearly remains experimental stuff for a restricted number of fans in the genre.

Conclusion: I can’t say that I fully enjoyed this work, but Bearsuit releases have always something apart from the rest and that’s a rather positive element.

Since you’re here … … we have a small favour to ask. More people are reading Side-Line Magazine than ever but advertising revenues across the media are falling fast. And unlike many news organisations, we haven’t put up a paywall – we want to keep our journalism as open as we can. So you can see why we need to ask for your help. Side-Line’s independent journalism takes a lot of time, money and hard work to produce. But we do it because we want to push the artists we like and who are equally fighting to survive. If everyone who reads our reporting, who likes it, helps fund it, our future would be much more secure. For as little as 5 US$, you can support Side-Line Magazine – and it only takes a minute. Thank you. The donations are safely powered by Paypal.
Tags: Moth, V/A, V/A The Invisible And Divided Sea