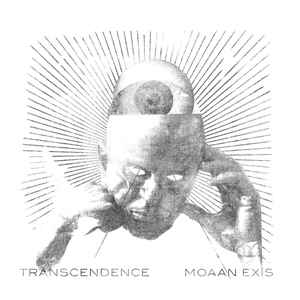 Background/Info: French label Audiotrauma already released and revealed some real interesting and original bands so I was excited discovering the debut album of Moaan Exis. This is a French duo claiming to experiment with ‘drum orientated industrial, techno, hardcore, cinematic atmosphere, tribal or experimental sounds’. The band already released an EP entitled “Invok” on Audiotrauma in 2016.

Content: This work indeed sounds as a truly sound patchwork revealing multiple influences. It’s hard to define the real style of Moaan Exis, but that’s what made this record special. There for sure is a kind of industrial-techno music emerging, but you’ll also notice dynamic breakbeats, trance influences and ambient passages the band defines as ‘cinematic atmosphere’. The tracks are instrumental versions.

+ + + : This album sounds original for the fusion between different music genres. It resulted in a heavy and powerful production. It’s a raw power sometimes leading into trance and empowered by breakbeats on other cuts. It’s pure crossover, moving from heavy cuts towards ambient-like compositions, which I like for their elaboration.

– – – : Despite the diversity, the songs are often rudimentary and a bit linear. I think some of the songs need some more elaboration although I get the impression Moaan Exis voluntary kept their songs this way.

Conclusion: This album lays somewhere on the edge of multiple styles. It’s an alternative for ‘classical’ industrial productions, but still for the darker techno sounds.