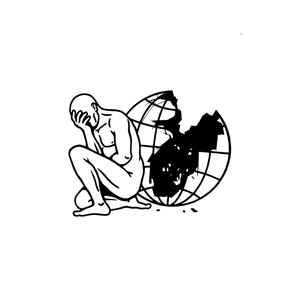 Background/Info: Hailing from Warsaw (Poland) Michał Turowski and Paweł Starzec have already released several productions under the Mazut moniker. Both members are still involved with other music projects and labels as well. “Atlas” is the newest opus from the duo.

Content: Defining “Aslas” as pure techno music would be too simple. The sound is clearly driven by techno influences, but it’s more sophisticated and intelligent. The tracks reveal raw sound treatments and industrial elements with an experimental touch on top. “Atlas” is not exactly what I would call a predictable release. Mazut clearly likes to explore different sound paths. You now will hear a track sounding as a piano experiment and later on a noise reminding me of the typical Larsen sound effect.

+ + + : Mazut consists of sound wizards transforming the cheap techno cliché into electronic intelligence. I was impressed by the raw sound treatments and the aggressive sound sculptures. The title cut is a brilliant song illustrating the knowledge and composing skills of the band. I also noticed several alluring bass lines, deep resonating electro blasts and a cool industrial touch hanging over the tracks.

– – – : The most experimental passages aren’t exactly the most convincing part of the work. I’m referring to “
))))))))))”, which has less in common with the rest of the work. The artwork –and especially the backside, could have been a little bit more professional.

Conclusion: Mazut is a real discovery! This is an alluring and mainly intelligent composition, which feels a bit like a sonic web that has been meticulously weaved and getting the listener into adoration and dance!

Best songs: “The Badge Of Shame”, “Atlas”, “That’s A Razor And You Make A Threat”, “Malachi Ritscher”.

Since you’re here … … we have a small favour to ask. More people are reading Side-Line Magazine than ever but advertising revenues across the media are falling fast. And unlike many news organisations, we haven’t put up a paywall – we want to keep our journalism as open as we can. So you can see why we need to ask for your help. Side-Line’s independent journalism takes a lot of time, money and hard work to produce. But we do it because we want to push the artists we like and who are equally fighting to survive. If everyone who reads our reporting, who likes it, helps fund it, our future would be much more secure. For as little as 5 US$, you can support Side-Line Magazine – and it only takes a minute. Thank you. The donations are safely powered by Paypal.
Tags: Mazut