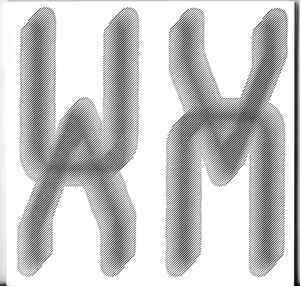 Background/Info: Thirty eight years after their debut Underviewer has finally released their official debut album! Behind this project is hiding the Belgian duo Patrick Codenys – Jean-Luc De Meyer. They got some worldwide fame and recognition, becoming a kind of living legends as members of Front 242. The Belgian pride of EBM was the result of Prothese (Daniel B) joining hands with Underviewer. During the past few years we discovered some old, forgotten and unreleased songs of Underviewer, which got released on limited editions of 242-albums, but the duo is now active again and even did their first live performances again.

Content: I expected pure experimentalism, which was the main influence of early Underviewer. I get a great and totally vintage-like electro-minimalism instead. It sounds a bit like early EBM and carried by the magic of analogue gear. The vocals of Jean-Luc Demeyer have been never that determinant and charismatic.

If you like old-styled electronics driven by deep, dry sounding bass lines and cold synth leads or you simply are into sound experimentalism, this album will for sure fulfill your expectations.

+ + + : There are for sure some arrangements and even a few sounds, but especially the vocals of Jean-Luc Demeyer that will remind you of Front 242, but this is definitely another band. Underviewer takes us back in time and this travel is a great experience made of sound magic. The music has been joined by a great vocals performance while even some of the lyrics are intimate and intelligent. I have a few favorite cuts on this album, but I was fascinated by the somewhat Depeche Mode sounds running through “I Remember”.

– – – : I’m not that fond of the more experimental cuts, which are less convincing although reminding us of the original spirit of the band.

Conclusion: “Wonders & Monsters” is without a shadow of a doubt a great album and not because it here concerns members of Front 242. They simply accomplished a great opus, which is for sure one of the hottest Alfa Matrix releases from the past year.