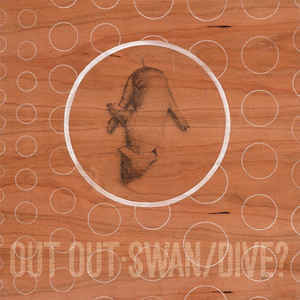 Background/Info: We here can speak about a surprising comeback. Driven by Mark Alan Miller, Out Out got some recognition as an EBM band during the 90s. This new studio album is the first one in eight years and the first one on Artoffact Records. Radio Valkyrie Records is the label of Miller on, which previous albums were released.

Content: The debut cuts remind me of the great electronics of Out Out during the 90s. It’s somewhat old-styled and yet with a touch of modernism on top. The opening cut also sounds like a politically engaged song. You also will hear guitar parts, which have been played by guest musician Mark Schwaber.

“Swan/Dive?” progressively moves towards harder guitar-driven cuts. Some songs will for sure appeal to fans of early Ministry, but also to The Neon Judgement. This is an album with 2 sides revealing the wide spectrum of influences used by this band.

+ + + : The electro-driven cuts are my favorite. Out Out sounds like during the good-old days and show us the right sound formula for EBM. The guitar playing injects some extra power in the production. The electronic parts are well-crafted while I also noticed some great production tricks and effects running through the songs. The opening cut “Shut Up!” is a great and danceable song with an explicit political theme. I also enjoyed songs like “Look Up, Hannah” and “Like William Tell”.

– – – : I don’t have anything against diversity, but there clearly is a serious gap between the more electro-minded songs and the ‘Ministry’-like cuts. It gives you the impression listening to 2 different bands.

Conclusion: It’s hard to say if Out Out will conquer new fans with this album. There’re for sure some excellent- and even a few outstanding songs on it, but the harder crossover cuts can’t totally convince me.

Tags: Artoffact, EBM, Ministry, Out Out