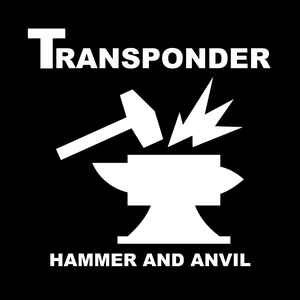 Background/Info: Transponder is ‘Freund 242’ aka Stefan Rukavina (also known from Rhesus Factor and the industrial formation Bleiburg) plus ‘Hanz Acid’ (Werksfront). The band released an impressive number of productions in a rather short lapse of time while featuring Claus Larsen (Leather Strip, Klute) as guest singer on multiple songs. Notice by the way this album has been released already a few months ago now.

Content: The first disc features cover versions from Tragic Error, Depeche Mode, Front 242, Hubert Kah, 2 Live Crew and Leather Strip plus collaborations with Les Berrtas, Zynik 14 and Engelsstaub. All songs remain driven by good-old EBM power reminding to DAF, Pouppée Fabrikk ao. But there still is a solid flavor of minimalism recovering the composition plus some new-beat elements (and not even on the cover version of “Tanzen” by Tragic Error). The song “Good-Bye” reminds me a bit of early Praga Khan.

Lyrically Transponder mixes explicit lyrics with funny themes and even a somewhat cynical view on politics.

The second disc is mainly featuring Claus Larsen as the vocalist. We here get a kind of ‘best of’ from Transponder singles. Claus Larsen already collaborated with Freund 242 for Rhesus Factor. And here again the music remains driven by retro-inspired EBM. It remains pretty minimal-like and sometimes as a wink to new-beat. You’ll also discover remixes by Sixth Comm, Parralox and Bleiburg.

+ + + : Transponder probably is an EBM project deserving a wider recognition. It’s good-old EBM with a very personal approach resulting in great minimalism. But I also like the somewhat new-beat inspiration as well. The sound formula is pretty simple, but damned efficient. The lyrics also have this magical effect to get listeners singing. Just pay attention for songs such as “Bewegt Euch” or “Stomp The Cybers” and you’ll understand what I mean. Some of the cover versions on the first disc have been pretty well reworked into the Transponder EBM mould, but I especially recommend the collaborations with Les Berrtas and Zynik. Claus Larsen also feels really comfortable singing on Transponder. And here again you’ll discover many great songs!

– – – : I sometimes get the impression that Transponder is just a ‘fun’ band. It doesn’t always sound that serious and I refer to some of the cover versions, but at the other side I’ve to admit that this kind of EBM is really efficient.

Conclusion: Transponder is not reinventing the receipt of electronic body music, but it definitely is a great and contemporary ambassador of this music genre. This work is a must have for all EBM freaks!