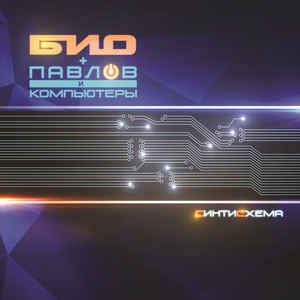 Background/Info: Bio (written БИО) is a Russian synth-pop formation set up in 1990 by Alexander Yakovlev. From 2006 to 2010 the project was joined by Alexey Pavlov (Pavolov & Computers). This album features remixes that were made by both artists.

Content: Even if Bio seems to be recognized and praised in Russia I have to admit I’m not that familiar with this project. I discovered a vintage-inspired electro-pop style, which sometimes reminded me of Kraftwerk. Most of the vocal parts have been accomplished with a vocoder, which reinforces the ‘robotics’ from the band from Dusseldorf.

Most of the songs are danceable and achieved with cool melody lines. The first part of the album is featuring the so-called “Synchro Mix”-es and the second part “Vocoder Version”-s.

+ + + : “SynthieScheme” is a work that took me by surprise. I discovered a well-crafted and styled electro-pop sound with a vintage approach. The songs are featuring alluring melodies, danceable rhythms, great bleeps and robotic vocals. There are several noticeable songs on this work while the song “Robots” (especially the “Vocoder Version”) sounds as a real hit! I also have to mention the somewhat harder and faster “Vocoder Version” of “New Art”.

– – – : Some Kraftwerk purists will for sure say that this work is just a Kraftwerk copy or at least a band inspired by Kraftwerk, and without a real sound identity.

Conclusion: Bio + Pavlov & Computers have accomplished a real fascinating work resulting in numerous cool songs. This album sounds a bit like the Russian Kraftwerk, but who cares when the vibes are good!?