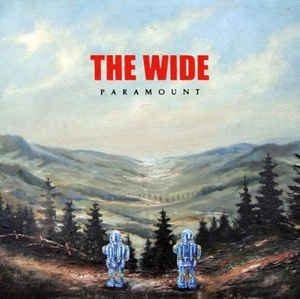 Background/Info: The Wide is a ‘new’ band set up by experienced musicians who have been involved with bands such as Dead Guitars, 12 Drummers Drumming ao. This project is a new chapter in the musicians’ discography.

Content: The songs are a sweet mix of rock inspired music mixed with elements of pop and new-wave. This is what I would call a ‘guitar-band’, which sometimes makes me think they are the offspring between The Housemartins and Big Country. The songs are moving in between dreamy, mealy parts and happy-sounding cuts.

+ + + : The Wide is a ‘guitar’ band so I think it’s quite normal some songs reveal great guitar parts. I especially refer to the final part from the opening song “Walking Away”, but also to “Eyes Are Close”. The Wide doesn’t sound as a hard and rough production although I should say their ‘hardest’ cuts are the most achieved ones.

– – – : I’m not into the sweet and mealy cuts (such as “Girl”, “Heroine”, “So In Love”), which are more monotonous than really exciting. “Paramount” is an album without any real highlights and no single potential hit.

Conclusion: This is the kind of album without real substance; the music is easy listening, but once you’ve heard the album you’ve already forgotten what’s featured on it.

Best songs: “Walking Away”, “Fall for Your Love”.