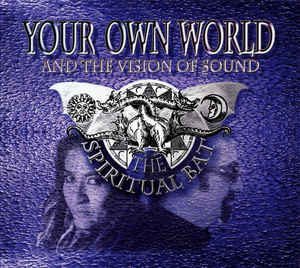 Background/Info: Dario Passamonti (music & arrangements) and Rosetta Garrì (lyrics, arrangements & percussions) are now already active for a couple of years under the Spiritual Bat moniker. They awoke my fascination with ftheir latest albums “Cruel Machine” and “Mosaic” so I was eagerly awaiting this new opus.

Content: The sound and influences haven’t changed, but there’s no real reason to change a successful sound formula. The songs have been carried by a raw, gothic expression while the bewitching and icy vocals of Rosetta are once again filling the work with coldness. Her timbre of voice always reminds me of Siouxsie Sioux, but it’s even colder and enigmatic.

+ + + : The Spiritual Bat without the vocals of Rosetta Garrì would definitely be different. This woman makes the splendor of the band injecting mystery and constant intrigue. The vocals also bring the passion to the album. But at the other side a good vocalist is also pretty abandoned without great music. The Spiritual Bat is not reinventing gothic music, but the power and darkness of the sound is cool and accomplished. Music and vocals together create a great sonic osmosis resulting in a few magical songs.

– – – : While previous work always took me by surprise, this album is a bit more predictable. The sound formula remains efficient, but it’s the kind of experience appealing for some extra elements on further work.

Conclusion: The Spiritual Bat is not exactly the most familiar and recognized band from the gothic scene, but they still get my entire support for being a band you directly recognize and that’s what makes the difference with other formations.