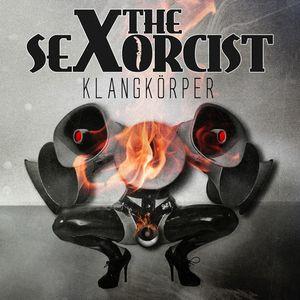 Content: Will The Sexorcist be the next sensation in EBM land? That’s hard to say, but this brand-new project will for sure find its way to many dancefloors.

This band has been set up by Christian L who you know from his involvement to bands like Agonoize, Dance Or Die while he also was a member of Ostfront. Together with Gunnar Kreuz both Berliners set up a new band to bring us new EBM vibes. This limited edition features the main album revealing 14 songs plus an extra disc with 5 extra cuts. No remixes and alternative versions here, but all exclusive and powerful EBM tracks.

One more essential song is “Tokio”. This is one more great body piece featuring some funny vocals, which could have been written by Rammstein. I can’t say that The Sexorcist is innovating but rather recycling familiar influences to obtain a pretty cool and successful EBM production.

The extra disc is a kind of EP featuring 5 extra songs. These songs are not as soft, but the EBM spirit remains exactly the same. “Smackdown” is an excellent opener, which could have been featured at the main disc. Two more noticeable cuts are “Phönix” – which again brings me back to the 90s reminding me, for some passages, of Trial, and “Unite” –which sounds like the right title to bring this 100% EBM work to an end.

Conclusion: The Sexorcist will be a noticeable newcomer in the EBM fields. The album doesn’t feature a kind of absolute hit from, which you can’t get away from, but it reveals multiple cool songs that will set dancefloors on fire.

Since you’re here … … we have a small favour to ask. More people are reading Side-Line Magazine than ever but advertising revenues across the media are falling fast. And unlike many news organisations, we haven’t put up a paywall – we want to keep our journalism as open as we can. So you can see why we need to ask for your help. Side-Line’s independent journalism takes a lot of time, money and hard work to produce. But we do it because we want to push the artists we like and who are equally fighting to survive. If everyone who reads our reporting, who likes it, helps fund it, our future would be much more secure. For as little as 5 US$, you can support Side-Line Magazine – and it only takes a minute. Thank you. The donations are safely powered by Paypal.
Tags: The Sexorcist