The Negativity Bias – Whatever You Want (CD Album – Audiophob) 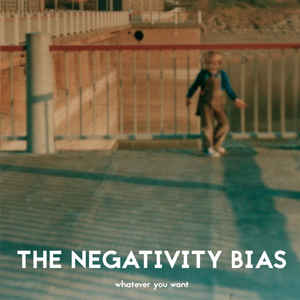 Background/Info: The Negativity Bias is a brand-new project set up by Chris Dupont (real name Christoph Lemke). This musician got some recognition as a member of EBM bands NordarR and MRDTC. The Negativity Bias seems to have been created to fill the gap between techno-minded influences and industrial music.

Content: This album is pretty sophisticated and constantly mixing influences together. You rapidly will notice psy-trance and other technoid influences, which have been mixed with mysterious electronic atmospheres. The work has been accomplished by fine, little bleeps and even some 80s reminiscences while a slow cadence makes the whole structure more danceable.

One of the songs, which is my favorite, features Blac Kolor.

+ + + : There’s a passion for sound creation, which you’ll easily notice in refined bleeping sequences, but still the cold groovy approach and some heavier sound blasts. This is not just an artist who got inspired by different techno styles, but an album revealing an intelligent writing and a judicious fusion between different styles. It’s a bit like a challenge, but the mix of ambient sound waves together with psy-trance influences and other groovy sequences is absolutely successful. The last track of the album is the ultimate example to this symbiosis.

– – – : I can imagine some music freaks will not be that excited with the psy-trance influences and other danceable grooves. It indeed is an album that moves in between two worlds and music styles.

Conclusion: “Whatever You Want” is a kind of sonic hybrid, mixing opposite genres together, which in the end become pretty compatible and complementary.

Click Interview’ with Amorphous: ‘Morgue Is Where My Roots Are In Electronic Music’