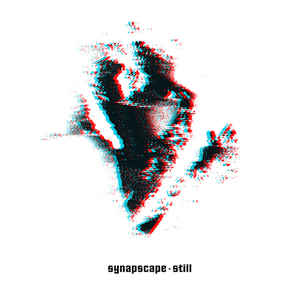 Background/Info: Synapscape this year celebrates its 25th anniversary. Set up and driven by Tim Kniep and Philipp Münch the duo decided to rework tracks that were originally released in between 1994 and 1999. These tracks originally appeared on “Synapscape” (1995), “Rage” (1997), “So What” (1999), but also on the single “Helix / Merging” (1997).

Content: If you know the original versions, which clearly deal with an electro-ambient side, you really will be surprised discovering the content of “Still”. The songs have been transposed into a heavy and ultra-danceable fusion between IDM, industrial EBM (which sometimes even reminds me to early Revolting Cocks) and techno. The work also features harsh vocals creating a great match with the music.

+ + + : “Still” is so much more than a poorly inspired ‘best of’ album. This work brings old songs back alive, but especially giving them another dimension. It also reveals the evolution in sound and influences from the German duo. “Still” is an intelligent production and in a way it also has something visionary. It’s not that common a band reinvent its own sound by a total rework of early tracks. “Still” also stands for a modern blend of electronic styles. Last, but not least I also like the effect on the vocals production.

– – – : I can imagine this album also is a kind of challenge. Some fans will maybe get shocked discovering the new edit of early songs.

Conclusion: Recycling is also true in music business and “Still” clearly reveals old tracks that have been totally reworked and transposed into a modern and exciting format. A class-act!