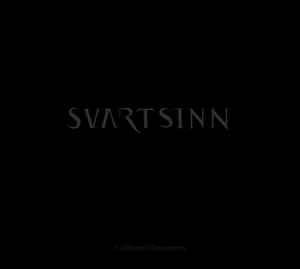 Background/Info: Hailing from Norway Svartsinn is back on track unleashing an album filled with tracks that were originally released on compilation and other cuts on, which Jan Roger Pettersen collaborated with bands such as  Northaunt, Allseits, Psychomanteum and Gydja. There also is previously unreleased mix of the track “September Dirge” originally released on the “Elegies For The End”-album (2009).

Content: We first get 6 cuts taken from compilations, which perfectly represent the obscure sonic universe of Svartsinn. From buzzing and vibrating sound waves to imaginary cellar atmospheres to oppressive sound layers, “Collected Obscurities” rapidly appears to be a tormented requiem in dark-ambient music.

The tracks composed together with Northaunt, Allseits, Psychomanteum and Gydja all remain dark and tormented, but also a bit more diversified in the writing. The last cut is the alternate version of “September Dirge”, bringing us back for a final ride into the cold sound spectrum of this artist.

+ + + : Svartsinn has this enigmatic power transforming music into images. But more than simply images, it sometimes sounds like a true horror story where the listener becomes an active protagonist terrorized by the haunting atmospheres of Pettersen. I especially like some of the collaborations and want to recommend the tracks together with Northaunt and Psychomanteum.

– – – : This is an interesting release and for sure an addition for the fans Svartsinn collection, but I can’t say it’s the best work of this artist so far. This work is not leading you into an ultimate climax.

Conclusion: If you’re an addict of Svartsinn you maybe will discover a few cuts you never heard of before and an opportunity to get rare material collected on one single disc.