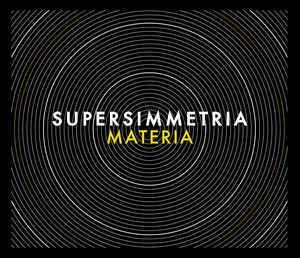 Background/Info: We last year saw the amazing Supersimmetria project driven by Armando Alibrandi joining hands with Hands. The album “Kosmogenie” remains a terrific piece of minimal electro-industrial music and according to me one of the best releases of 2015. Supersimmetria is now back on track unleashing 11 new cuts (plus 2 remixes) inspired by cosmological history.

Content: The concept behind this work sounds cool, but you’ll quickly forget it and only focus on the dark industrial-techno loops composed by Alibrandi. This album sounds a bit different and especially more techno inspired. You’ll notice the groovy technoid loops spiced with intriguing, frozen atmospheres and subtle bleeping arrangements.

The work sounds raw and somewhat unpolished, which clearly is an intentional process in the work getting the production darker and pure underground-like. It creates a ghost-house effect mixed with danceable vibes.

+ + + : Supersimmetria stands for the newest generation of industrial-techno. It’s an avant-garde and visionary opus bringing industrial and techno music together. The main difference remains the dark underground format, which is less familiar in pure techno music. “Materia” is an entertaining releases, which will make you move and even get you in trance on “Angular Momentum” while other recommended cuts “Horror Vacui” and “Hadean” will show you the most subtle side of the project.

– – – : I was not disappointed by this new album, but just surprised from the more accentuated technoid direction. This is the main change and also evolution in sound compared to the more intelligent “Kosmogenie”.

Conclusion: Supersimmetria has been seriously contaminated by the techno virus and has lost a bit of its electro-minimalism revealed on their previous work. It however remains an interesting production for the mix of influences and its visionary approach.