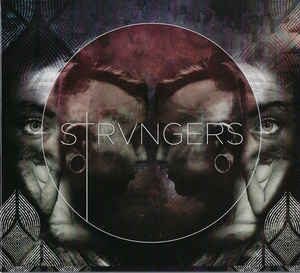 Content: Strvngers sounds a bit like the offspring between Kosheen and I:Scintilla. There’s a dynamic and d’n’b inspired part running through their work, which has been merged with great melody lines and carried by the impressive, powerful and charismatic vocals of Maria Joaquin.

The debut is more inspired by d’n’b with some heavy pop elements on top, but quite progressively the album also reveals more ‘classical’ electro-pop songs. It all remains pretty powerful. Some cuts are featuring male vocals as well. The last song is a remix by Slowscan.

+ + + : Strvngers brings an original composition based on different established music genres. It’s nothing that new and yet refreshing! The heavy cadence of d’n’b is absolutely powerful and is totally matching with the alluring vocals of their female singer. The melody lines are overwhelming and definitely one of the most noticeable pop elements of the work. Songs such as “Dressed To Kill” and “Casual Sex feat. Vore Aurora” both attention grabbers.

– – – : The main difficulty with this band (at the same time also one of its main forces) is the sound, which is hard to define. There’s a part of electro-pop, but mainly oppressed by the furious d’n’b cadence.

Conclusion: Negative Gain Productions remains a referential label when it comes to find original bands dealing with pop standards. Strvngers is not exactly what I should call a major release although a promising debut!