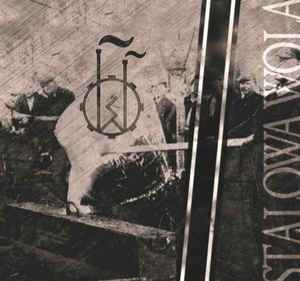 Background/Info: Stalowa Nowa is not only a Polish city, it now also is a martial/industrial project. The same-titled debut album has been released on Rage In Eden Records, which clearly appears to be the right label to diffuse their dark sound.

Content: “Stalowa Wola” immediately takes off with some of the most classical influences of the martial music genre. Different samplings referring to WWII and the unavoidable sirens are putting the listener directly into the mood. Martial rhythms and bombastic arrangements have been mixed with electronic treatments. Some organ and accordion playing can be noticed as well. It all progressively moves towards epic chants and more refined neo-classic arrangements.

+ + + : Even if Stalowa Wola doesn’t reinvent the martial genre, this debut album is worth to listen. The album reveals a great maturity in song writing mixed with a more personal electro-industrial touch. The music and samplings have a strong visual appeal, creating an imagery of horror and despair. But you rapidly will have to agree that this project is going further than simply composing martial music. The electronic treatments inject something extra to the work while I especially like the few organ- and accordion passages.

– – – : Martial music often has something controversial and that’s precisely how this album sounds like. What’s the message behind the music? And if there’s a message, what is it all about? Is there any political extremism coming through? All I can say is that the music sound great expect a few cuts, which are less inspired.

Conclusion: Stalowa Wola has accomplished a great debut revealing a creative approach in martial music merged with a few more elements for the ride. This work will bring the horror of the battlefields back alive!