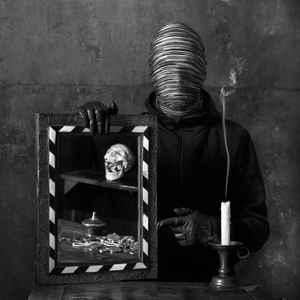 Background/Info: German project Anemone Tube is a project, which can look back at an impressive discography. It all started with a debut release in 1997. Twenty years later Stefan Hanser (still running The Epicurean label) strikes back with a kind of trilogy entitled “The Three Worlds”. This album is the second chapter revealing a selection of previously unreleased tracks, compilation cuts, tracks from split releases and other cassette productions. It all appears to be a selection of ‘rarities’.

Content: The sonic world of Anemone Tube always has been a universe without compromises. The artist seems to exorcise varied sonic demons, which are now close to the heaviest formats of industrial music and noise and then exploring a truly sound kafarnaum. Heavy sonic waves and tortured sound manipulations guide the listener to an imaginary climax filled with sharp noises. There’s no better final track to get such a great apotheosis.

+ + + : Anemone Tube is an artist operate like a true sound surgeon. Hanser dissects and recomposes sounds. But there where numerous artists that lose themselves in an overwhelming racket, the sound of Anemone Tube remains accessible. I don’t know if it’s intentional or not, but I like the tracklist, which progressively reaches its highlight right at the end. I also want to say a word about the great digipak artwork of this album.

– – – : Despite of the ‘accessible’ format of this album it however remains a hard and brain damaging experience you can better avoid when you’re not familiar with this kind of perverted sound.

Conclusion: Anemone Tube is moving at the edge of numerous, but related music genres. All different kind of elements have been masterly merged together to obtain quite a handy sound format.