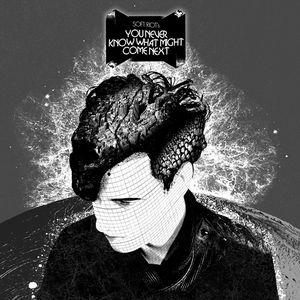 Background/Info: Born in Canada, but based in England, Soft Riot clearly sounds inspired by good-old 80s electro tunes. The band has released a considerable amount of productions in a rather short lapse of time. This is the 4th official album of Soft Riot and the first one on Exhibition Records.

Content: From the very first notes it sounds crystal-clear from where Soft Riot has got its inspiration. The typical analogue vibes bring us back to some 80s artists. There’s a move in between more wave-pop driven influences, which are sometimes reminding me of Thomas Dolby and a more experimental, but awesome side evoking the early years of Front 242.

The songs have been written with typical deep bass lines and magic synthesizer lines revealing icy sound layers. The somewhat half-spoken vocals totally match with the music. The work of Soft Riot will clearly evoke great souvenirs from an electro decade remaining the source of all electro-underground music.

+ + + : This album gets us back to the early essence of 80s electro-wave music, which has been adapted into a real exciting format.

– – – : A few songs can’t really emerge from the tracklist for being a little bit too flat and without real substance.

Conclusion: “You Never Know What Might Come Next” is not exactly what I would call a prophetic title as the main sources of inspiration are clearly bringing us back into the past! Soft Riot sounds like it is in the grip of the magic of the 80s electronic music and that’s pretty damn cool!

Best songs: “There Is Some Great Evil Out There”, “You Are A Caged Dancer”, “The Speech”.