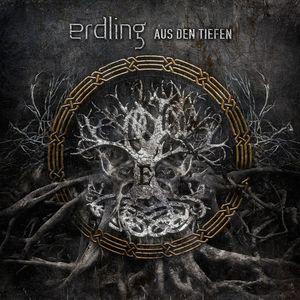 Background/Info: Erdling is a German combo set up by Neill Devin who gained some reputation as the guitarist for Stahlmann. Most of th productions from this band were released by AFM Records. Erdling released a debut-EP “Blitz Und Donner” during late 2015 and now unleashed their debut full length.

Content: This band reveals a great and mature production, which sounds a bit stereotypical although fully accomplished. It will be hard to get away from comparison bands like Eisbrecher, Megaherz, Ost+Front and of course Rammstein. There’s a similar sound formula, which mixes powerful guitar, epic arrangements and a kind of electronic refinement to make it all more melodic and accessible.

The songs are characterized by explosive and carrying choruses. I here especially refer to the already familiar “Blitz Und Donner”, but also to “Dickicht” and “Du Bist Soldat”. Erdling sounds hard and merciless although the two last cuts reveal a softer approach.

The limited edition features an extra album of 7 songs/remixes. After an acoustic version we get an interesting variety of remixes. The most noticeable names are Heimataerde and Chainreactor.

↑↑↑: Erdling is quite different from the pure metal-sound of Stahlmann. It’s a well-crafted production, which will appeal to fans of the aforementioned bands. This debut work reveals several potential hits.

↓↓↓ : I can easily imagine that Erdling will be also considered as a new emulation of the Rammstein influence and mania.

Conclusion: I don’t care about possible links with a major band like Rammstein. This work is well-crafted and featuring multiple great songs so why should we complain?!