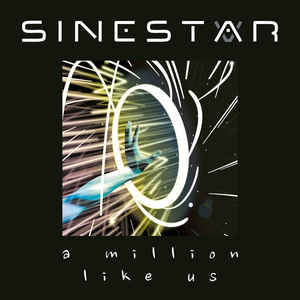 Content: The sound and inspiration clearly remains identical to “A Million Like Us” although you rapidly hear Sinestar didn’t try to accomplish a ‘copy-paste’ from their debut work. The songs reflect more maturity and an impressive harmony between all different sound layers and instruments. It’s melodic electro-pop music, which will make you feel good. Some passages are quieter, inviting the listener to close his eyes and dream away.

– – – : I was less convinced by some of the few softer cuts, but that’s just a very personal point of view. After having composed the precious and successful “Evolve”-album it has been a kind of challenge to hit back with a new masterpiece. Speaking for myself I prefer the debut album although this opus appears to be more mature although missing the innocence of the debut work.

Conclusion: Sinestar definitely is a talented electro-pop band hitting back with a styled and high-tech production. Even if I have a preference for “Evolve” this album features multiple great moments of music.