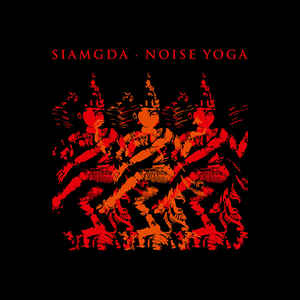 Background/Info: Marc Fischer aka Siamgda strikes back with a new album, which remains inspired by his fascination for Eastern music genres (and especially the Indian table drums) mixed with more familiar industrial fields.

Content: “Noise Yoga” sounds like it’s going a step further than previous work. The influences and sound formula remain pretty similar, but “Noise Yoga” sounds more powerful and especially into trance and dance music. This German artist has found the perfect balance between Eastern mysticism transposed into fascinating atmospheres and tribal drums at one side and harder, industrial and even techno-orientated elements at the other side.

+ + + : “Noise Yoga” sounds to me as the most accomplished work of Siamgda. Marc Fischer has created the ultimate match between Eastern- and Western influences. Both elements create a compact and elaborated album, which grows quite progressively till reaching a total climax. The mixture between electronic gear and authentic drums creates an authentic feeling. The mystic element is also accentuated by Eastern samplings of chants while you’ll also hear real vocal parts, which are more like an extra effect. “Noise Yoga” is the kind of work appealing for fans of This Morn’Omina and other trance-tribal or industrial-techno freaks.

– – – : “Noise Yoga” is one of my favorite industrial/tribal albums of 2017 so I don’t have real minus points. I was just a little less convinced by the more groovy passages running through a few cuts.

Conclusion: “Noise Yoga” rather appears to be a frenetic dance opus, which will drive you mad. Get ready for a wonderful and shamanic sound trip.