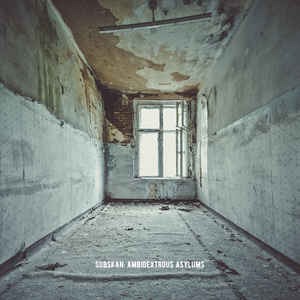 Content: One thing is definitely clear; Subskan is an artist trespassing all sonic boundaries. His work can for sure be labeled as ‘industrial’, but you rapidly hear the compositions are going much further. The tracks are like sonic colleagues, which are now more into experimental and even glitch music and then carried by heavy, broken rhythms recovered with haunting atmospheres. But the atmospheres are quite progressively getting more wafting and even a bit dreamy-like. The work is filled with countless details, sometimes a bit like mixing opposite elements, but in the end quite compact, complex and beautiful.

+ + + : Jean-Marc Polet can be seen as an artist who wants to create and innovate. He for sure used familiar influences, but the way he brings them all together has something refreshing. He doesn’t hesitate to bring different and sometimes a bit conflicting aspects together, but the result simply works and makes sense. I like the global progression running through this album, which reveals a great final part. It’s not exactly the kind of music, which is easy to grasp, but that’s precisely what I like when discovering music.

– – – : The complexity and experimentalism of this artist also are the main difficulties you might encounter when discovering this work. Especially the opening cuts are pretty experimental-like, but quite progressively it becomes more fascinating.

Conclusion: Subskan is nothing less than an experimental artist composing with a styled approach while giving you a part of reverie.