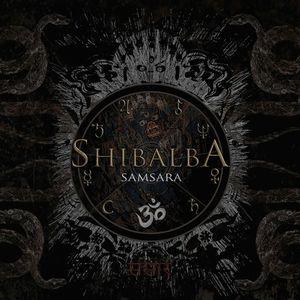 Background/Info: Shibalba is a Greek band that has been active since 2009, which originally was inspired by metal music. They progressively moved into other influences and mainly released split albums together with renowned formations like Puissance, Arditi, Emma Ya ao. They now joined the established and recognized Tumor/Malignant Records roster to unleash a full length album.

Content: “Samsara” sounds like an imaginary sound bridge between dark-ambient and ritual music. Next to the typical, but alluring and freaky cellar-like atmospheres the work has been accomplished by transcendental liturgical chants and overwhelming ritual passages.

From drones towards bombastic rhythms while using an impressive arsenal of noises and electronic manipulations, this work reflects a mature production. Buzzing passages and mysterious chimes plus distant spoken voices are accentuating the intriguing atmosphere hanging over this opus maleficus.

+ + + : “Samsara” is an elaborated and somewhat atypical release in the dark-ambient vein. The work was accomplished by an impressive sound canvas while the ritual elements are totally transcendental.

– – – : The opening cuts are pure magic getting you the impression that a climax will be reached at the end of the work. Both last tracks are cool, but less poignant so the awaited and ultimate climax is not coming through.

Conclusion: “Samsara” is a successful ritual-minded work, which can’t leave listeners unaffected. This work is an invitation to join an endless and obscure sonic experience with no established final point.