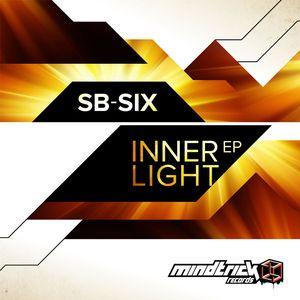 Content: Stefan Bookholt is a producer from The Netherlands and who has set up SB-Six. The debut work “Inner Light” was released by Mindtrick Records, and remains a reference in music genres like IDM, dubstep and related genres.

Bookholt claims to produce ‘future-garage’ music, but I’m sure “Inner Light” will immediately be linked to dubstep and IDM. The EP features 5 cool songs opening with “Show Me”, which directly brings the listener into sophisticated and deep groovy sequences of this work. It sounds like intelligent dubstep with a few more elements for the ride. “Need2Be” coming up next is my personal favorite for the extra ‘dance’ flavor, which has been injected by great and pure dance-like female vocals. The electronic treatments are hiding intelligent manipulations and amazing sounds.

All the songs are pure lust for the ears and the mind. It’s the kind of music that rapidly appears to be a relief when you think of the number of average-like releases in a related genre. Some astral sound elements can be heard as well, but the work remains mainly based upon the low and deep sound treatments. The songs have been refined by subtle arrangements –like piano-like sounds on “Been True” while globally speaking SB-Six also sounds pretty sexy. The deep sounding grooves and hot vocals inject this great sensual touch.

Conclusion: SB-Six is one more great newcomer at Mindtrick Records, which remains an absolute reference if you’re in search of progressive electronic sounds.