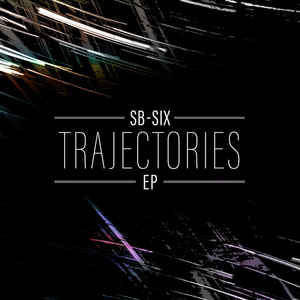 Background/Info: Stefan Bookholt aka SB-Six strikes back unleashing his second EP on Mindtrick Records. He released a few more productions in between both EP’s, but Mindtrick will for sure give him the opportunity to reach a wider audience. The main and essential aspect of this work is that it was entirely conceived and composed with modular synthesizers and no computer was involved.

Content: “Trajectories” reveals a true arsenal of electronic sounds and bleeps. It’s pretty astral-like, but also into cinematographic experiences. I also noticed deep bass lines reminding me of early Frontline Assembly, but it’s just a comparison about sounds and not about style.

This is more the kind of music to listen to although both remixes –by EVS and He3dless are more into danceable vibes.

+ + + : Modular equipment has this unique magic sound creation and remains a real lust for the ears. It’s a rather complex procedure, but you’re sure to create a very own sound. That’s precisely the strength of this EP (which is more a mini-album). There’s an interesting diversity running through the cuts, but the minimalism and global sound treatments definitely remain a real lust for electronic lovers in search of ‘something different’. There’s a great progression in songwriting punctuated by a great remix by He3dless.

– – – : This work sounds more cinematographic- and experimental like than previous EP “Inner Light”. It definitely reveals an evolution in approach, but I have to admit I prefer the early work. I’m missing the danceable elements and a truly climax.

Conclusion: “Trajectories” is a sonic shuttle that will take you away among unknown star systems and fantasy worlds. This is music to dream away while you’ll fully enjoy the global sound creation.