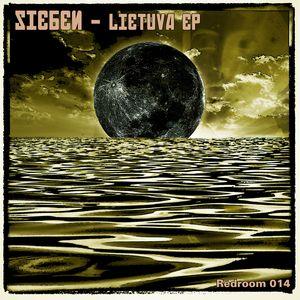 Content: Matt Howden strikes back with a digital only release featuring 4 songs. He has released an impressive number of productions, which all reveal this delicious, but somewhat mysterious neo-classic touch emerging from the violin.

“Lietuva” doesn’t sound that different although this EP took me by surprise. Both main songs (cf. “Black Moon Rise Again” and “Užupis”) have been constructed a quite progressive way revealing a divine merge between the captivating violin parts and a kind of poignant ritual approach. The vocals become a real important feature on both of the songs, which might sound a bit new-wave’-like as well. However it’s not that easy to classify these compositions as one real style rather than the result of different influences.

Both songs are elevating pieces of captivating music. The magic of the violin playing sounds in perfect balance with the electronic arrangements. All the ingredients together create a somewhat spooky and sacred rite.

As a bonus we get two reworked songs that were originally released on the album “Ogham Inside The Night” originally released in 2005. “Cult Of The Fallen” is a new version (and title as well) of the song “Ogham The Blood” while there also is a 2015 version of “Knudlustysummer”. The First song totally matches with the somewhat ritual character of the previous “Lietuva”-songs while “Knudlustysummer” is more into a kind of dark-reverie. “Cult Of The Fallen” sounds a bit harder while the evasive last piece is totally appropriate as the final song.

Conclusion: Sieben never stops to surprise me, now with some more experimental work and then with more ‘classical’ songs. This is for sure one of my personal favorite releases from the past few years.