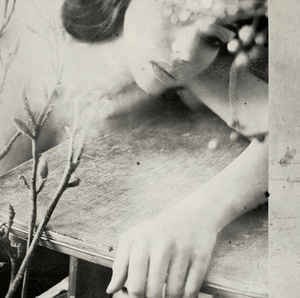 Background/Info: Technophobia is a Washington-based duo dealing with electro-pop influenced music. Katie Taylor and Steve Petix self-released their work on Working Order Records where all proceeds are given away to charity. “Flicker Out” is the first album of Technophobia and is only available on vinyl format and digital platforms.

Content: The opening song (cf. “Shame”) is a great piece of electro-pop music carried by a solid bass line and dreamy female vocals. Quite progressively the album moves towards a few harder cuts, but mainly a dark and evasive pop format. There are a few short intermezzo-like songs as well.

The B-side definitely sounds more alluring, the songs becoming more elaborate. Some parts are getting closer to wave-pop. Both final songs are some of the most noticeable cuts like adding a truly apotheosis to the work. The last track “One Hundred Years” is a really successful cover version of The Cure.

+ + + : “Flicker Out” moves in between some totally average-like songs and a few, real great cuts revealing an interesting potential. I think they have to move on with the more accomplished style revealed on the B-side. The opening song remain however another attention grabber and one of the absolute highlights. Technophobia seems to like working with analog gear and that’s an essential aspect of the production I can only encourage them to hold on to and even expand.

– – – : The most ‘evasive’ cuts of this album can’t convince me. There’s not as much substance in it and I here experienced the female vocals as being are less passionate.

Conclusion: “Flicker Out” is not setting the electro-pop world alight, but they do reveal a few cool songs. I have the feeling there’s more in this band than what they’ve shown on their debut album so let’s keep an eye on them.