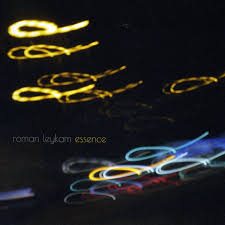 Background/Info: Roman Leykam has already been active for numerous years now and has released considerable number of productions and split-albums on Frank Mark Arts. He strikes back with a new solo-work that has been composed, mixed, mastered and produced by him.

Content: Roman Leykam likes to play and experiment with guitar. “Essence” has been composed with acoustic guitar. The artist reveals (once again) himself as an experimentalist creating a sort of abstract sound, which also becomes pretty atmospheric. “Essence” is a weird trip featuring 17 tracks.

+ + + : Roman Leykam clearly is an artist like no other. This man gives you the impression to live and compose on another music planet. He’s not the only artist dealing with this kind of abstract music, but it always remains something particular and clearly different. I like the atmospheric side of his work, which could be a great match with a visual artwork. It sounds like his transforming images into music. It also feels a bit like an imaginary world of isolation. Notice by the way the album has been delivered in a beautiful and somewhat hypnotic digipak format.

– – – : “Essence” sounds experimental and therefore not exactly the kind of work, which is easy to listen to. I think it needs a visual accompaniment creating a kind of ‘total concept’ while the music on its own feels hard to catch.

Conclusion: Roman Leykam plays the guitar in a fantasy world where he feels alone and miles away from the world we’re living in. It could be a kind of meditation, but definitely a music universe of loneliness. I’m sure it might be pretty intriguing for a selected number of listeners.