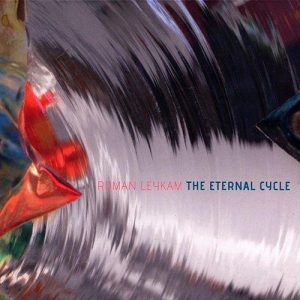 Background/Info: Roman Leykam is one of the most familiar artists from the Frank Mark Arts label. This record company rather sounds as a little, but solid family assembling a few artists. Roman Leykam is a kind of veteran, which already strikes back with a new solo-work.

Content: The songs have been composed with electric guitars and guitar synthesizer. The composition is driven by a constant experimental fluid, which rapidly becomes pretty abstract. The creation and manipulation of sounds and noises clearly appears more important than the composition of a real ‘traditional’ song format.

“The Eternal Cycle” sounds sometimes dark, but also atmospheric and cinematographic. I also noticed a few cuts driven by a slow cadence.

+ + + : The opening cut of this work sounds pretty refreshing and even a bit more accessible. It’s the kind of sound direction I prefer, but which remains rather an exception in the work of this musician. Roman Leykam is not composing songs, but he rather appears to be a sound architect. Some of his cuts became more accessible and I can imagine his work to be used as soundtrack. He definitely remains a master in abstract- and experimental music.

– – – : The work of this artist clearly appeals for a very restricted audience. It’s not that accessible and the heavy experimental side sometimes is hard to endure. “The Eternal Cycle” sometimes sounds as an antidote to established music standards.

Conclusion: “The Eternal Cycle” is the offspring between multiple genres, but the basis of the work clearly remains the further exploration of new noises created by guitars and guitar synthesizers.