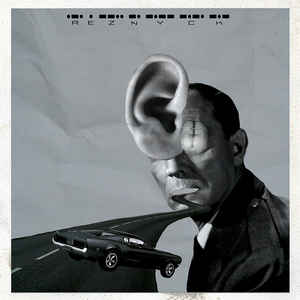 Background/Info: Reznyck is a new French project joining the M-Tronic stable. Next to the CD version the album is also available on vinyl format.

Content: The instrumental format of “Muscle Cardiac” creates a cinematographic and ambient style although the tracks are accomplished with more influences. It now starts into modernism and even a bit technoid (at the opening track), but then and for the major part more into poignant, atmospheric structures. Sometimes a bit horror-like, but then also driven by an aggressive bass line, “Muscle Cardiac” is hard to define and not easy to seize. There also is a remix from Perturbator featured.

+ + + : Reznyck has found the right home joining M-Tronic. This band shares this taste for experiment and innovation. It’s an artist with an original sound and taking care for sound treatments. The production sounds a bit raw and fuzzy-like while accentuated by a heavy, blasting production. It’s a powerful exposure of cinematographic music.

– – – : I’m missing a few vocal lines, which I think would really achieve a few cuts. It’s not that the album sounds monotone, but a little bit predictable after while because of the instrumental format.

Conclusion: Reznyck sounds as a sonic enigma to me! But at the other side “Muscle Cardiac” also resulted from a creative process mixing power electronics together with ambient compositions.