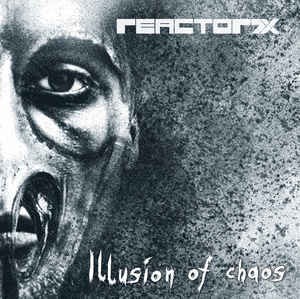 Background/Info: Advoxya Records has a nose for dark-electronic talents. They’ve signed the Polish formation Reactor7x, which was set up a few years ago. After a few self-released digital productions and multiple remixes for bands like :Wumpscut:, Controlled Collapse, Shiv-R, Acylum, Stahlnebel & Black Selket ao they’ve now accomplished this official debut featuring 12 songs. Notice by the way there also is a limited edition with an extra disc full of remixes.

Content: After a bombastic intro-cut Reactor7x rapidly reveals their main source of inspiration, which clearly sounds dark-electro driven. I can easily imagine bands like Suicide Commando, Leather Strip and even Cat Rapes Dog must have been potential influences. The band shares this common taste for terror-electronics accomplished with icy sound treatments and powerful arrangements.

The main difference with the aforementioned formations is that the enraged songs have been flavored with female backing vocals. It injects a delicious contrast with the furious male vocal parts.

+ + + : You first will think that Reactor7x is just one more dark-electro formation and that’s for sure true, but they reveal an interesting potential on several cuts. The songs are accomplished with maturity and simply featuring all requested ingredients to get a great song in this genre of music. The female backing vocals are like appeasing the hell-electronic production. It creates a cool contrast, which I really like.

Sound wise, I noticed some great and resonating bass lines and a few more cool choruses. “Schism” appears to be the absolute masterpiece from this album.

– – – : Reactor7x maybe are a bit too much inspired by some leading bands from the dark-electronic scene. This album reveals an interesting potential, but I get the impression there’s still more in it.

Conclusion: We already got the opportunity to discover a few interesting Polish formations dealing with dark-electronics and this must be one of the newest sensations. Reactor7x sounds like having the ideas and talent to become a praised band in this scene. I’m looking forward to hearing their next album.

Since you’re here … … we have a small favour to ask. More people are reading Side-Line Magazine than ever but advertising revenues across the media are falling fast. And unlike many news organisations, we haven’t put up a paywall – we want to keep our journalism as open as we can. So you can see why we need to ask for your help. Side-Line’s independent journalism takes a lot of time, money and hard work to produce. But we do it because we want to push the artists we like and who are equally fighting to survive. If everyone who reads our reporting, who likes it, helps fund it, our future would be much more secure. For as little as 5 US$, you can support Side-Line Magazine – and it only takes a minute. Thank you. The donations are safely powered by Paypal.
Tags: Acylum, Reactor7x, Shiv-R