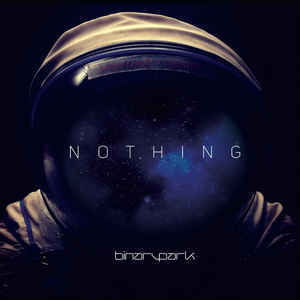 Background/Info: Singer Huw Jones and composers Alfred Gregl and Torben Schmidt (Infacted Recordings owner) are back on track. The trio already released two successful albums and is now back to release this EP featuring 5 songs.

Content: The title song reveals a space-wafting pop sensation. The astral dimension of the song reminds me of their previous work while the pop side has been accentuated on “Nothing”. The “Slowdown Mix” accentuates the evasive aspect of the song and might remind you of some Haujobb arrangements, but in a more atmospheric approach. The “Club Version” sounds harder and the perfect match to conquer dancefloors.

“Words That Kill” is another new song and here again the pop side has been accentuated and even reminds me of Depeche Mode. The last song is a remix of “Mute”, which was originally released on their 2nd album (cf. Singularity”). This remix gets us back to the essence of this band, which deals with intelligent techno-pop and atmospheric-electronic music. The vocals are pretty sensual and absolutely marvelous.

+ + + : Binary Park is back and that’s a damn good thing as this band already revealed great creative skills in composing avant-garde electro-pop music. The “Cub Version” of “Nothing” is a cool, danceable cut, but I definitely prefer the remix of “Mute”.

– – – : “Nothing” is a cool song, but definitely not the best cut I’ve heard from Binary Park thus far. I’m really wondering how the new album will sound, but I sincerely hope they’ll hold on their visionary pop approach from both debut albums.

Conclusion: I expected a bit more from this comeback, but let’s hope now that Binary Park is hiding the best for the next album.