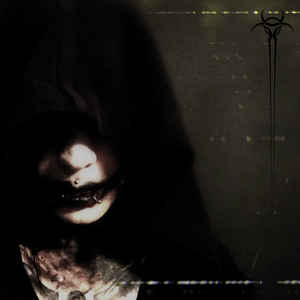 Background/Info: Psyclon Nine once started as a harsh dark-electronic formation (referring to their debut album released on NoiTekk), but quite progressively the band moved towards industrial-metal fields. This opus is the first new one since 2014.

Content: The industrial-metal influence remains ultra-present, but I also experienced this album as an exploration of new sonic paths. The dark-doom side has never been that present while the oppressive atmospheres are clearly revealing a kind of modern sound-approach. This album has something overwhelming and the bombastic/orchestral arrangements only reinforce the feeling. The power is hiding in obscure and sometimes disturbing spheres. A few passages even have something ritual-like.

+ + + : I experienced this work as the most disturbing Psyclon Nine release in history. This production will freak you out and I simply love it. But I’m also convinced Nero Bellum has accomplished the most soundtrack-orientated opus from the band. “Warm What’s Hollow” is a great song illustrating this obscure, cinematographic side. This is production is characterized by brilliant atmospheres reinforced by the possessed vocals of the front man.

– – – : I can imagine some fans would have expect something harder and more ‘pure’ metal-driven. They’ll only get a few songs into that style.

Conclusion: “Icon Of The Adversary” appears to be a noticeable ‘comeback’ for Psyclon Nine. It doesn’t sound like the start of something completely new although it’s definitely a new chapter that has just begun.

Best songs: “Warm What’s Hollow”, “When The Last Stars Die”, “And With Fire”.

Since you’re here … … we have a small favour to ask. More people are reading Side-Line Magazine than ever but advertising revenues across the media are falling fast. And unlike many news organisations, we haven’t put up a paywall – we want to keep our journalism as open as we can. So you can see why we need to ask for your help. Side-Line’s independent journalism takes a lot of time, money and hard work to produce. But we do it because we want to push the artists we like and who are equally fighting to survive. If everyone who reads our reporting, who likes it, helps fund it, our future would be much more secure. For as little as 5 US$, you can support Side-Line Magazine – and it only takes a minute. Thank you. The donations are safely powered by Paypal.
Tags: industrial-metal, Psyclon Nine