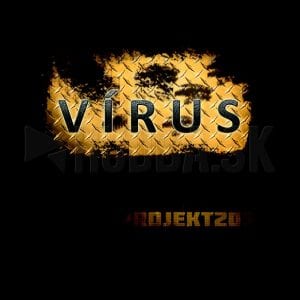 Background/Info: Hailing from Slovakia this trio has been featured on a few compilations, but their self-released “Virus” album stands as the debut for Projekt203.

Content: The band says that they compose music, which is close to electro-pop, that they call “unclassified’. “Virus” sounds like it is influenced by different sources of inspiration. The opening cut is more into a mix of techno-body and IDM, but most of the other tracks have a strong electro-rock appeal. There also is something more relaxing and dreamy-like running through a few songs. The main particularity is the Polish language sung by the heavenly voice of their female singer –while there’re also duo passages.

+ + + : “Virus” is a versatile piece of music, which sounds like coming from a band that still has to find their ‘sound’. I however noticed interesting parts and influences like the sophisticated opening song “Tma Nekonči” and the subtle treatments running through “Nespim”. A last song I want to mention is the title track, which stands for a beautiful apotheosis.

– – – : It’s always a challenge when singing in a language, which is not internationally ‘recognized’ in the music industry. But it also makes for the originality of the band. I think the band has to go on exploring their sound.

Conclusion: I can’t affirm to have been excited listening to “Virus”, but let’s remain positive, this album reveals a few interesting ideas, which might be the basis of ftire releases.