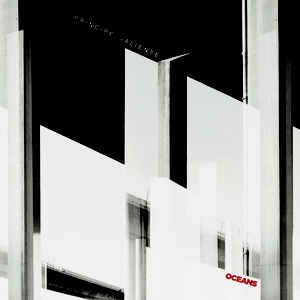 Background/Info: “Oceans” is the third full length album released by the Stockholm-based Principe Valiente. The opus has been also released as vinyl format by Manic Depression Records.

Content: “Oceans” feels a bit like bringing the good-old new-wave spirit back to life. Some of the guitar parts remind me of The Cure (“The Head On The Door”-period), but I also can mention Killing Joke for the harder cuts. But Principe Valiente also add a very own touch and more contemporary approach, which I think might appeal for fans of Placebo. Frontman and singer Fernando Honorato also has a very typical-, kind of deep timbre of voice, which is totally fitting with the dark and evasive style of the music. A few female vocals can be noticed as well.

+ + + : Principe Valiente stands for the reincarnation of new-wave music. You can still hear the 80s spirit hanging over the songs while there also is a more personal and contemporary element. The elevating guitar playing is one of the main strengths from this work. But it’s more than simply a great guitarist and talented singer; there’s a great songwriting and global production emerging from this work. That’s why you’ll discover many noticeable songs.

– – – : My only single regret about this album is that there are only 8 songs. I would like to have got more tracks because this work sounds great.

Conclusion: “Oceans” sounds like a modern new-wave production. But the most important thing is not how you would define this album; it simply is a great piece of music composed by a band, which deserves more recognition!